Teacher under fire for taking class to sex toy store 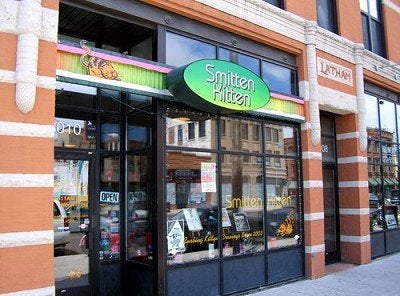 MINNEAPOLIS (MEDIA GENERAL) – A Minneapolis educator is under the spotlight for taking a group of middle- and high-school-aged students on a field trip to an adult novelty store.

Starri Hedges, director of Gaia Democratic School, reportedly took a group of about a dozen students, at least one as young as 11 years old, to the Smitten Kitten, a local adult novelty store, as part of the school’s sexual education program.

Floyd said two of his daughters, ages 11 and 13 went on the field trip. Floyd said he was not notified about the planned trip and he has pulled his three children out of the school. He also has a 9-year-old in the school who did not go on the trip.

Hedges claims she wanted to provide a safe environment for her students to learn about human sexual behavior.

“What I saw happening on our trip, I thought it was beautiful, because kids could talk to these sex educators without any shame, without any fear,” Hedges told the Minneapolis Star-Tribune. “The sexual health aspect, there is no right age for all kids. You can’t say, ‘All kids should know this at this age.’ There are students that are already going through puberty at 10 or 11.”

According to the Star-Tribune’s report, Minneapolis business officials will look into whether the Smitten Kitten broke any laws by allowing the students into the store. City code says people younger than 18 should not be exposed to “sexually provocative written, photographic, printed, sound or published materials deemed harmful to minors.”

Students reportedly stayed in the front of the store, near the “library section,” and that anything pornographic was off limits.Although Hedges said some sex toys and other products were visible.

The Smitten Kitten regularly offers educational workshops similar to the one in which the students participated.

The Smitten Kitten said in a statement the store considers itself “an educational resource about sex and sexuality. We leave it up to the discretion of parents and guardians as to when, if, and in what capacity they seek resources from our educators.”

Due to heavy criticism, Hedges admitted she likely will not take another field trip to the adult novelty store.