Tom Sugar not running for governor 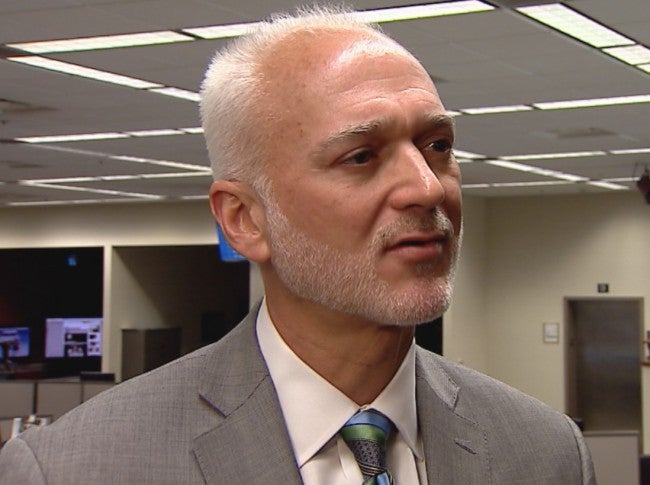 He had left many in suspense after tweeting earlier in the month that a decision had been made but not saying what that decision was.

There’s no question in my mind that Hoosiers are ready to take back their government. They’re tired of Indiana politicians out of touch with their values and insensitive to persistent challenges like struggling schools, stagnant wages, a threatened environment and crumbling roads and bridges.

Too often it seems those in the State House these days act more like Washington insiders than citizen legislators, constantly seeking issues to divide us in order to score cheap political points. Farther down the rat hole they pull us, coarsening our culture and signaling that some of us are unequal and unwelcome.

Our Indiana government is so badly broken – so dysfunctional and out-of-whack – that the checks and balances necessary for thoughtful, bi-partisan debate are now completely gone.

On the cusp of our bicentennial,we must demand better than this.

Our most sacred right as Hoosiers is our right to choose those who lead us. Our State Constitution guarantees this in its first words that say, “all power is inherent in the People.”

Sadly, our politicians have not only ignored this 200 year-old promise – they’ve flipped it on its head. Today, they think they have the power – and they abuse it for their own benefit.

Simply put, our elections are rigged. I’m not talking about stuffing ballot boxes or voter fraud; these things rarely happen.

I’m talking about how politicians secretly slice and dice our state, our counties, our cities and towns purely for their political gain. It’s called gerrymandering.

Here’s just one example:eight of our counties are currently divided for a single, twisted reason; so one party is sure to win most of the seats in Congress.

And they’ve gotten so skilled at rigging the system that the vast majority of our politicians are virtually guaranteed reelection before the first votes are cast! How else can one explain how so many politicians keep winning when voters think they’re losers?

We all know what happens when politicians no longer worry about getting reelected. They don’t think about winning the support of ordinary Hoosiers anymore. All they must do is pander to the most extreme elements in their political parties – and beg for money from special interests.

The politicians and the media tell me you don’t understand all this. Some claim Hoosiers are too stupid to know what’s going on.

I think they’re wrong. Hoosiers are smart. We get it. We know the system is so rigged that our votes don’t count anymore, so why bother?

We’re voting with our feet -and staying away on Election Day. In fact we had the lowest voter turnout in America last year.

Hoosiers understand this brutal truth: We no longer choose our representatives in government…the politicians pick us.

Like so many, I’m fed up. We need and deserve a government that looks and sounds like us – a government as good as the people of this state. Where reaching across the aisle is rewarded, not punished.

A government made up of politicians who listen to the views of all of our people – not just those from the ideological extremes.

This can be done because it has been done elsewhere. But it won’t be easy. It will take strong, determined leadership. And it will take Hoosiers joining together to demand this change.

Nibbling at the edges will not do. We must fix the system, the very process used to create our congressional and legislative districts.

We must get the politics out to let democracy back in. The “power is inherent in the People”…and the People must reclaim it.

As I’ve traveled the state over the summer, Hoosiers from all walks of life have strongly expressed their support for such an effort. They are ready and willing to join this fight and demand a government that is rightfully theirs.

Many encouraged me to consider a run for governor, expressing their belief that a statewide campaign to take on this broken system would make reform more likely. I was humbled by their confidence and worked hard to explore mounting such a campaign.

There were many practical obstacles to overcome. My first obligation in life is and will always be my family. Even though Nancy, Jackson and Carter strongly encouraged me to run, I had to ensure their financial well-being over the next fourteen months.

I could not run for governor as an employee of the non-partisan, non-profit organization I helped create over six years ago. Therefore, I had to find a new job, but I was unwilling to work anywhere my employment would be traded for some future favoritism as governor.

I created my own small business and tried my best to attract clients who would pledge to never solicit my support in matters before state government. It was a tall order.

At the same time, the Indiana Democratic Party and many of its key financial supporters did all they could to discourage my campaign, fearing a primary challenge to John Gregg. I believe this is wrongheaded and hope to live long enough to see the day when Hoosier Democrats begin to behave like winners, confident enough to welcome new leaders, new energy and new ideas. Sadly, it doesn’t appear this will be the case in 2016.

Therefore, it is with heartfelt gratitude for all of the words of encouragement and pledges of support, but with equal disappointment – I must announce that it will not be possible for me to be a candidate for governor of Indiana.

However, one thing that does not end today is my full and enduring commitment to fix our broken government. The fight must go on until the politics come out! Gerrymandering must be made illegal. Legislative districts must be based on where people live – not how they vote.

I encourage all Hoosiers to join me in this effort by visiting the website of my non-profit organization dedicated to reforming our redistricting system, Lead or Leave atwww.leadorleave.org

Again, with gratitude and determination…ONWARD!