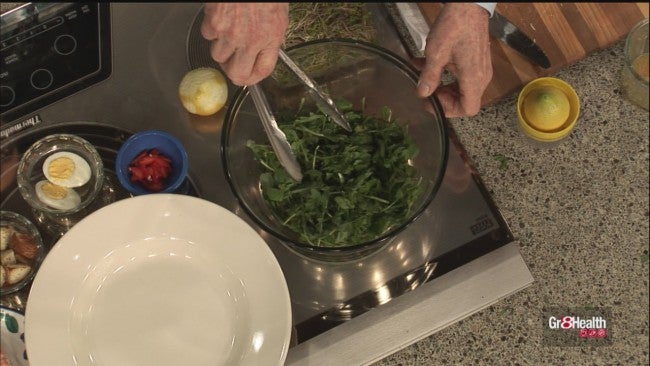 INDIANAPOLIS (WISH) – Science has proven that Mother Nature is the best physician and that food is the best medicine.

Under the current shadow of increasing cancer rates, the delicious cancer prevention virtues of arugula, watercress and broccoli sprouts are supported by scientific research. The addition of the omega 3 from fresh salmon to this summer salad adds protection from heart disease as well.Salad: