Trump poised to tax an additional $200B in Chinese imports 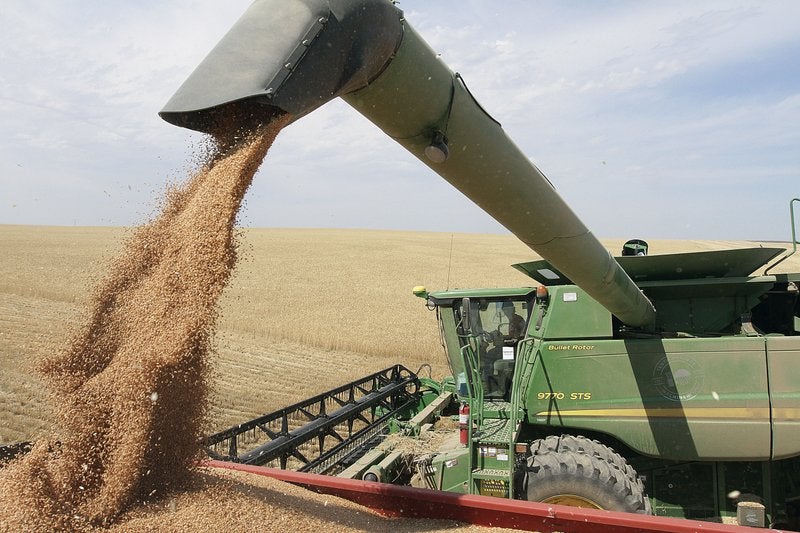 WASHINGTON (AP) — The Trump administration may be about to slap tariffs of up to 25 percent on an additional $200 billion in Chinese goods, escalating a confrontation between the world’s two biggest economies and likely squeezing U.S. companies that import everything from handbags to bicycle tires.

The administration could decide to begin taxing the imports — equal to nearly 40 percent of all the goods China sold the United States last year — after a public comment period ends Thursday.

Trump initiated the trade war to punish Beijing for what it says are China’s predatory tactics to try to supplant U.S. technological supremacy. Those tactics, the Office of the U.S. Trade Representative has alleged, include stealing trade secrets through computer hacking and forcing U.S. companies to hand over technology in exchange for access to the Chinese market.

In the early rounds of the hostilities, the administration targeted Chinese industrial imports to try to spare American consumers from higher import costs. But if Trump adds the $200 billion in Chinese products to the target list, American consumers would likely feel the pinch directly. And China has vowed to hit $60 billion in U.S. products in retaliation.

Many American companies that rely on targeted Chinese imports are bracing for the next round of tariffs to hit, with some wondering whether they can absorb the higher costs or instead will need to pass them along to their customers — or find alternatives suppliers outside China.

“An escalation of the tariff war could start to sever or disrupt supply chains, bringing about diminished production efficiency, higher costs and lost competitiveness — ultimately leading to a lower potential growth rate for both countries,” analysts at S&P Global Ratings wrote Wednesday.

They say a full-blown trade war by 2021 could shrink America’s annual economic output by an average of one-third of a percentage point and China’s by two-tenths of a percentage point from 2019 through 2021. The trade war could inflict further damage if it rattles financial markets, thereby hurting business confidence and potentially discouraging investment.

Sherill Mosee, founder of MinkeeBlue, a Philadelphia company that makes travel and work bags, said that her 4-year-old business will probably have to suspend operations if the tariffs hit and the administration starts taxing imported Chinese luggage and handbags.

MinkeeBlue relies on inexpensive imports to be able to sell for less than $200 an all-purpose bag for working women that holds shoes and a lunch bag. Mosee said she won’t be able to either absorb higher import costs or pass them on to her customers. Finding a supplier outside China likely would take months, she said.

“I’m scared; I am overwhelmed,” Mosee said. “I’m just beginning to grow my business. I finally feel good about the direction of the business, and now this is happening.”