Trump to hold 2020 rally on day of Mueller’s testimony 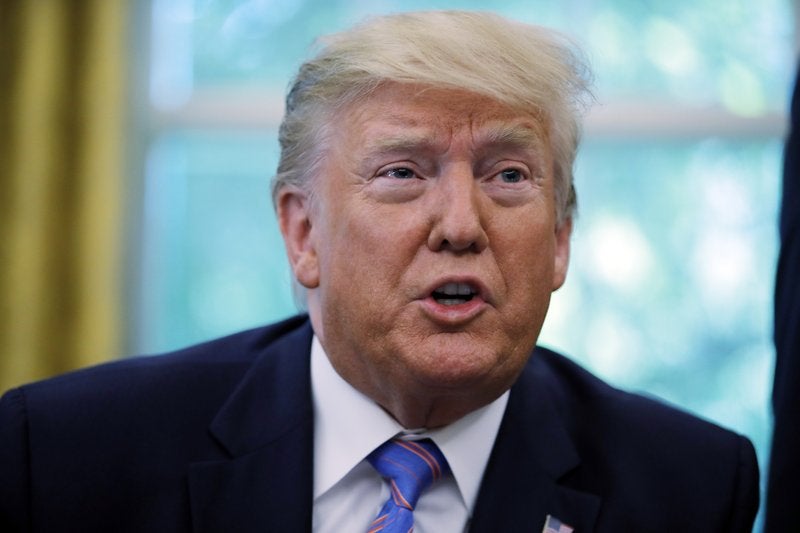 President Donald Trump talks during a signing ceremony in the Oval Office of the White House in Washington, Monday, July 1, 2019, with Vice President Mike Pence, left, and Secretary of Health and Human Services Alex Azar. The president signed a $4.6 billion aid package to help the federal government cope with the surge of Central American immigrants at the U.S.-Mexico border. (AP Photo/Carolyn Kaster)
by:
Posted: Jul 3, 2019 / 04:36 AM EST / Updated: Jul 3, 2019 / 04:36 AM EST

WASHINGTON (AP) — President Donald Trump will be holding a campaign rally in North Carolina on July 17 — the day that former special counsel Robert Mueller is expected to testify before Congress.

Trump’s reelection campaign has announced he will host a “Keep America Great” rally at Williams Arena in Greenville that evening.

Mueller is scheduled to publicly testify before the House Judiciary and Intelligence committees. Democrats are hoping to draw more attention to the report that Mueller gave to the Justice Department in March. It detailed Russian interference in the 2016 presidential election and reviewed several episodes in which Trump tried to influence Mueller’s probe.

Trump has frequently criticized Democrats’ efforts to get Mueller to testify. The president tweeted Tuesday that “this Witch Hunt must now end,” adding, “No more Do Overs.”