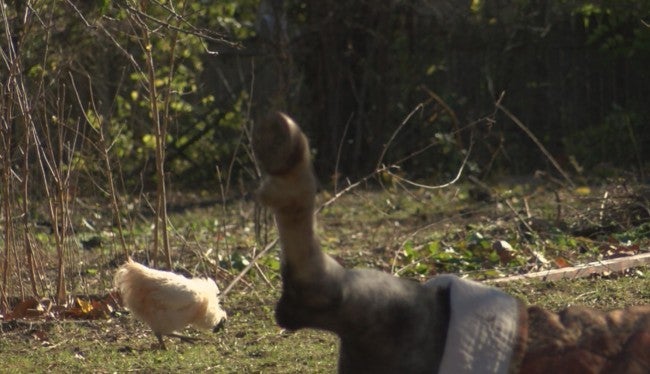 INDIANAPOLIS (WISH) — Indianapolis Animal Care and Control wants to find out who fatally poisoned two horses. They were found in front of a house near the 8400 block of 42nd Street, near the northeast side of Indianapolis.

The first horse, Midnight, passed away on Monday. Less than one day later, another horse named Thunder was found dead. Investigators within the Indianapolis Metropolitan Police Department don’t believe these circumstances are a coincidence.

Both animals weighed under 1,000 pounds each. They were considered a healthy weight during a routine checkup given by their veterinarian last month.

Owner David Barnes said he noticed Midnight coughing and breathing heavy in the morning. By nightfall, the 22-year-old animal was dead. Barnes went to check on the other seven-year-old horse hours later and it was “deja vu” all over again. Thunder collapsed and died hours later from the same symptoms.

Midnight and Thunder are covered with tarps. Their owners said they couldn’t afford to remove them. They set up a GoFundMe account to help them pay for this unexpected heartbreak. If you would like to help them, click here.

Barnes and IMPD have no doubt that a crime was committed. They encourage anyone to call Crime Stoppers at 317-262-TIPS (8477) with any information.