Union workers at SUMCO on strike for more than 24 hours 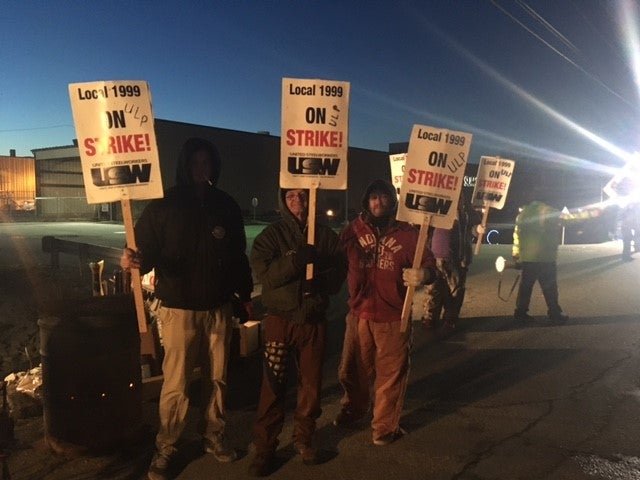 UPDATE 2:08 p.m. – WISH-TV has been told by union leaders that an apparent deal has been struck. The agreement will be voted on by the union on Saturday morning.

INDIANAPOLIS (WISH) — Union workers at SUMCO have been on strike for more than 24 hours outside the Indianapolis company.

It started around 5 p.m. Wednesday and is an effort to get the attention of their employer. The United Steel Workers 1999 union’s contract expired January 31, but have since been working under their old contract terms.

One union worker said that contract was not very good to start with and the workers want to negotiate a new one.

“We’re hoping to show the company that it ain’t all about corporate profit, corporate greed. We’re showing them that it’s about the little guy. We are trying to move people up to the middle class, not take them down anymore than we already are,” said Kenny Hommel, union employee at SUMCO.

He said they will continue to walk the picket line until they get a new contract.

“They are going to have to run slower. They are not going to be able to maintain the lines as well as we can. They will probably have to use more personnel per line than what they normally would,” Hommel added about the impact of the strike.

Union workers are expected to meet with SUMCO officials at 6:30 a.m. Friday.