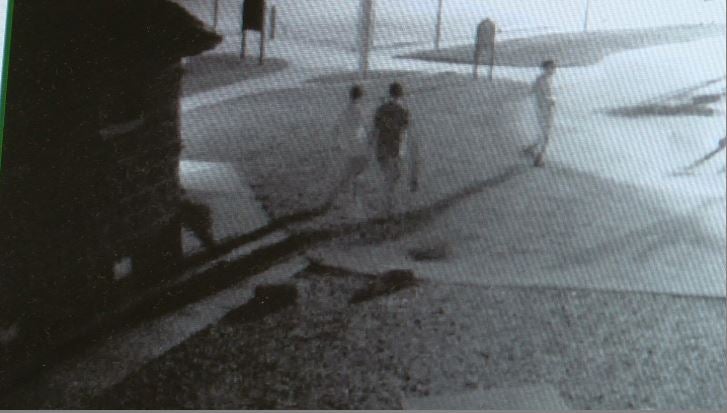 Parts of the family-friendly Williams Park were covered in so much spray paint, it almost didn’t open in time for the holiday weekend.

“One of them had a bat in hand, and some of them had some other objects that appear to be the spray paint that is used,” Travis Tranbarger with Brownsburg Parks & Recreation said.

Tranbarger said the group spray painted the splash pad, restrooms, signs and a nearby trail. He also added that this isn’t the first time the spash pad has been damaged, noting that the windows were broken out of the bathroom a few weeks ago.

Parents were shocked to hear of what happened at the park.

“It makes me feel a little violated. We don’t own the place, but it’s like our home,” Brownsburg resident Kristine Low said. “This is where kids go. It’s super disappointing. It makes you worry that it’s going to happen again.”

Most of the damage has been cleaned up and kids are back out enjoying the splash pad. Even though the spray paint is gone, Tranbarger had a message for the vandals.

“Respect public property and realize that their actions affect many more people that enjoy these facilities,” Tranbarger said. “What we really want the vandals to understand is the farther-reaching impact that they have with their actions, rather than just making the parks department go through cleanup the next day.

According to Tranbarger, Brownsburg Parks & Recreation does plan to press charges against whoever did this.