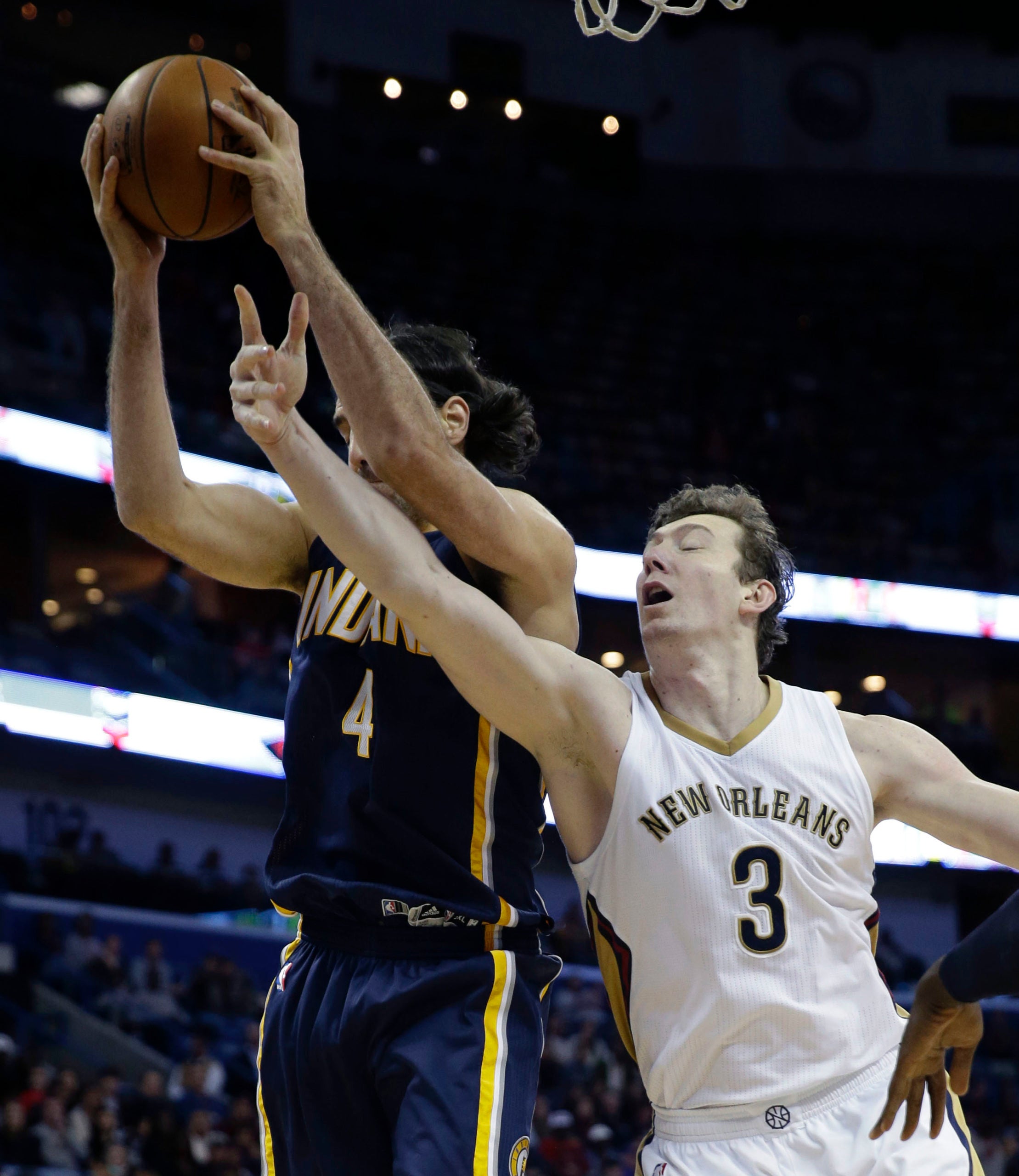 NEW ORLEANS (AP) – David West and George Hill each scored 17 points and the Indiana Pacers went into the All-Star break with their fourth victory in their last five games, pounding the New Orleans Pelicans 106-93 on Wednesday night.

Rodney Stuckey scored 16 points for the Pacers, who led by as many as 23 points in the first half before widening the lead to as many as 33 early in the fourth.

Luke Babbitt scored 15, while Alexis Ajinca and Toney Douglas each scored 14 for New Orleans, which has lost three straight.