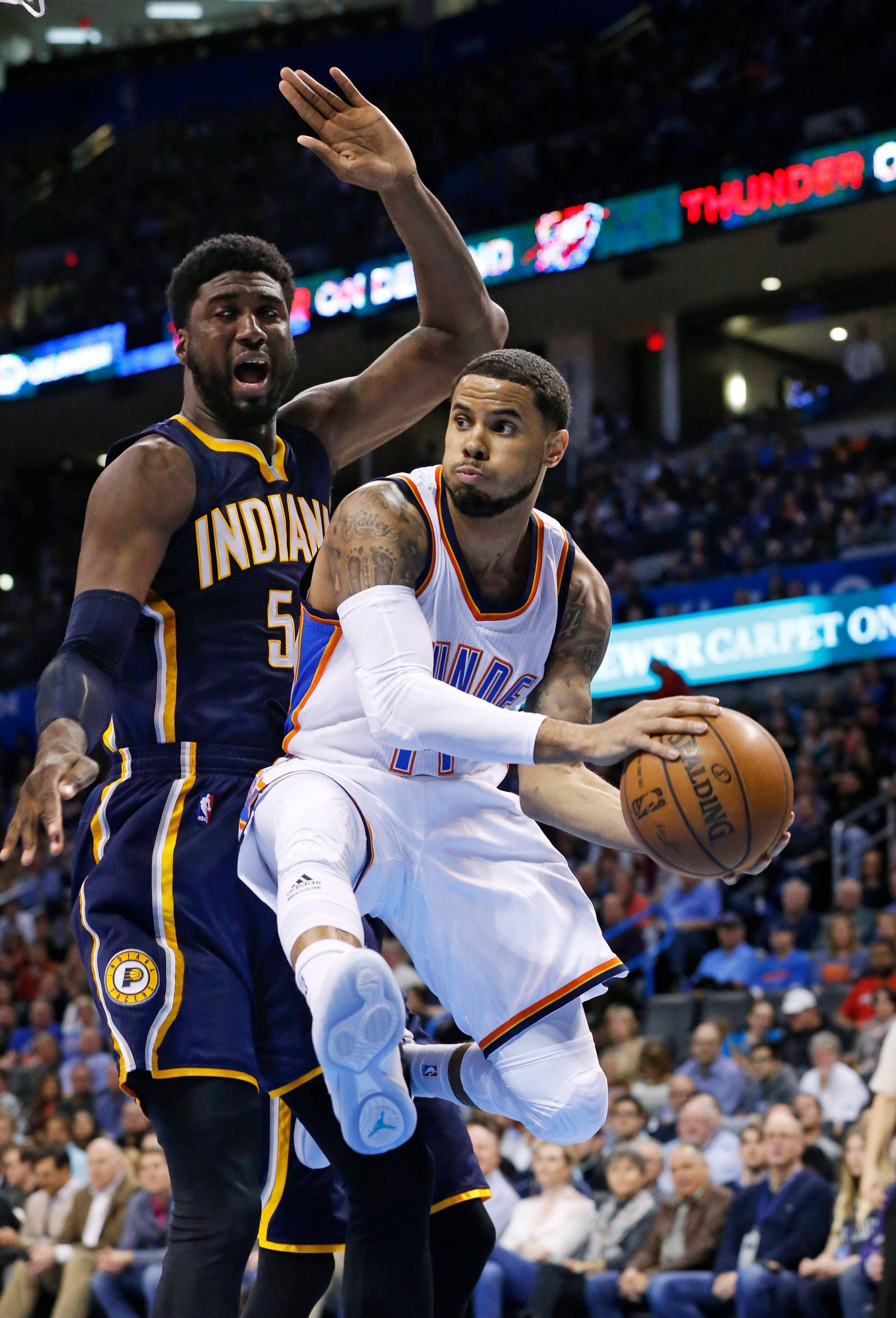 Westbrook claimed his third triple-double of the season and the 11th of his career, despite resting for the entire fourth quarter.

Serge Ibaka had 23 points and 10 rebounds and Enes Kanter added 15 points for the Thunder.

Oklahoma City won its third straight without Kevin Durant. The reigning MVP had a screw replaced on his surgically repaired right foot on Sunday, and he is to be re-evaluated within a week.

Even without Durant, the Thunder improved to 9-1 in February. The Thunder outrebounded the Pacers 57-48 and made 16 of 18 free throws.

The Thunder led by 15 in the first half, but the Pacers trimmed the advantage to 48-42 at halftime. Westbrook had 11 points, seven rebounds and six assists at the break while Ibaka had 17 points and eight rebounds.

The Pacers cut Oklahoma City’s lead to three, but Westbrook grabbed his 10th rebound, then darted downcourt and scored a layup to push the lead back to five with just over 3 minutes left in the third period. He clinched the triple-double on an assist to Ibaka with 2:40 left in the third quarter. The Thunder increased the lead to 80-68 after back-to-back 3-pointers by Waiters.

Pacers: Indiana shot just 33.3 percent in the first quarter. .. G Rodney Stuckey, who averaged 25.3 points as a reserve the previous three games, finished with five points on 2-for-8 shooting. … Miles scored 15 points in the third quarter.

Thunder: Thunder coach Scott Brooks said before the game that F Steve Novak had an appendectomy and will be out for two weeks. … Ibaka made 7 of 9 shots in the first half. … Westbrook was issued a technical foul with 6:03 left in the third quarter for arguing with an official.

Thunder: At Phoenix on Thursday.