Westfield residents raise concerns ahead of vote on $35 million park 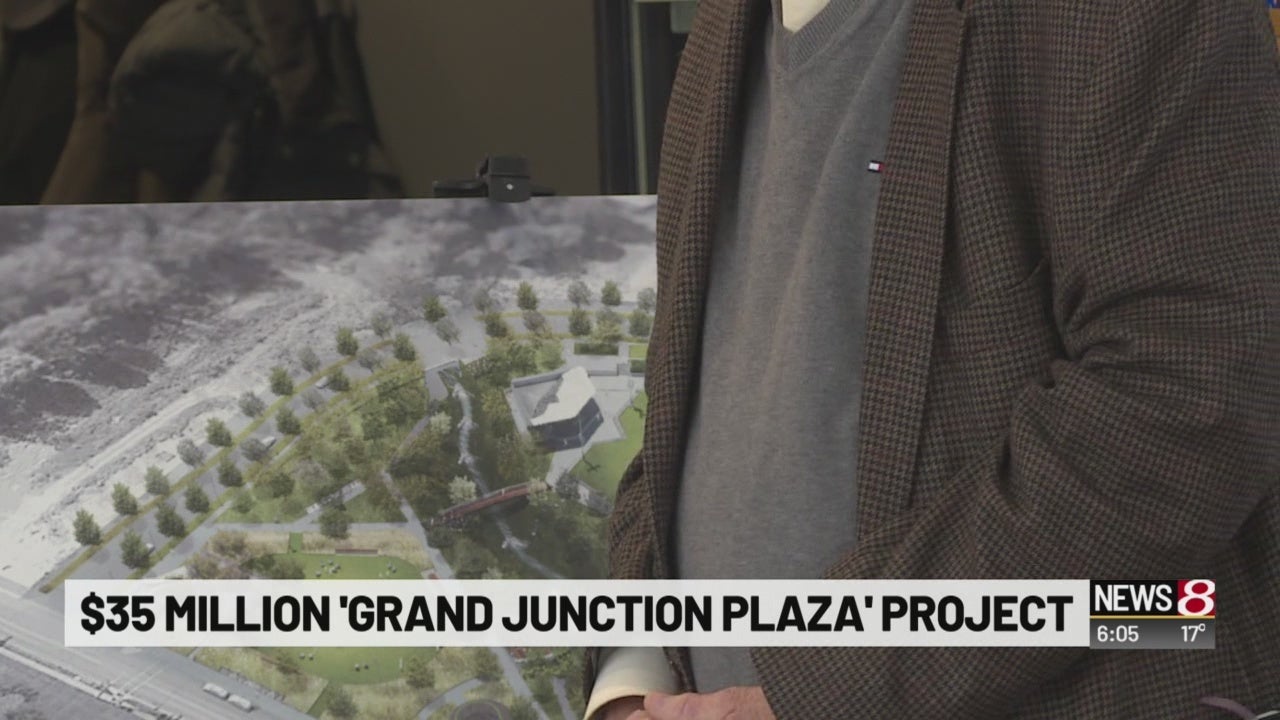 WESTFIELD, Ind. (WISH) — Westfield residents concerned about the cost, necessity and transparency of a $35 million downtown development plan discussed their misgivings Tuesday afternoon at a public forum led by the mayor.

Nearly 50 people packed a local pizzeria for the meeting, the second of two sessions held this week to answer questions about the proposed Grand Junction Plaza project.

The 6-acre development would comprise four “key spaces” extracted from a single cube of limestone, city leaders involved in the design process said.

The park area would be divided into three pavilions: an outdoor performance venue, a cafe and a trailhead. A children’s play area would be constructed within the fourth, “missing” piece of the cube.

Proposed amenities include an amphitheater, a great lawn, a winter ice skating loop, fountains, nature preserves and a central gathering area appropriate for festivals, markets and other city-hosted events.

“It all sounds great,” one resident remarked at the forum. “I don’t think anyone here has a problem with the design. But how do we pay for this?”

If approved, the project would be funded by local income tax and tax increment financing revenues, according to Westfield officials.

He emphasized the importance of transforming downtown Westfield into a “premiere destination” with local attractions and amenities in order to encourage continued growth.

“Downtown isn’t very pretty right now,” Cook told News 8. “There’s not much to look at. But we’ve got some wonderful assets and right now is the time to do this. Every city today needs to grow. If we’re going to attract a commercial tax base, we have to have people. How do we attract people? Well, you have to make a ‘destination.’ If you don’t, we become like so many of our other Indiana towns and cities that are drying up and blowing away.”

Some residents at the forum remained skeptical about the pricey park.

“It’s still taking tax revenues and putting them here instead of perhaps putting them somewhere else,” said Linda Naas, a longtime resident who said her neighbors shared her municipal spending concerns. “It’s an awful lot of money. There are other areas of the city that could be served by [this] money. To put it all in one spot [downtown] maybe isn’t the best plan.”

Specifics of the downtown development plan have been discussed primarily behind closed doors, Naas and other residents claimed.

Public meetings and Q&A sessions — including Tuesday’s forum at Greek’s Pizzeria — are often not listed on official agendas or the events calendar on the city’s website, they told News 8.

Residents said they rely on Facebook posts and word of mouth to learn about events related to the Grand Junction Plaza project.

“But at these forums, [residents are] kind of getting the feeling that it’s a done deal,” said Naas. “And so, what does their input matter? We’re talking about financing today but we didn’t really have a chance to talk about the development itself. I just don’t think, widely to the public, [details about the plan have] been out there.”

A city representative at Tuesday’s forum indicated they were confident the Westfield City Council would approve the proposal at its March 11 meeting, adding local officials “have no plan B if they vote ‘no.'”

“We couldn’t be more open about all of this,” the city representative said. “How many more charts and infographics do [residents] need?”

Despite lingering concerns and questions, some residents at the meeting were openly enthusiastic about the project.

Mike Lee, a 13-year resident of Westfield, said he relocated downtown two years ago in anticipation of a new park and plaza.

“We built a home down here because of this plan,” he told News 8. “I understand people are worried about the cost. You have to think out of the box sometimes.”