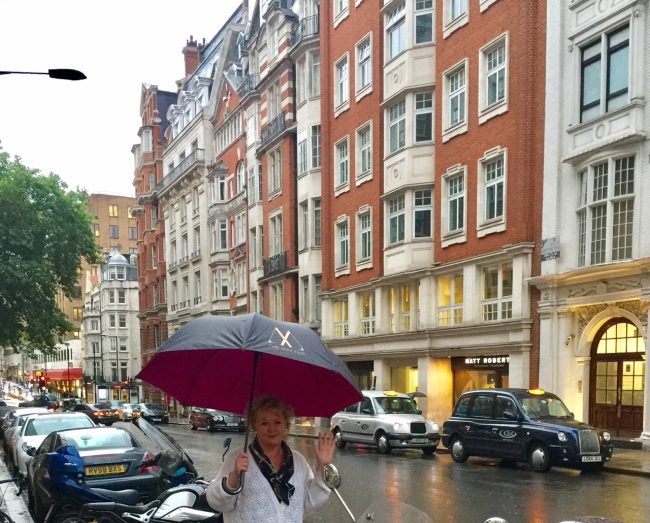 INDIANAPOLIS (WISH) — On the day of this most recent London terror attack, our own Patty Spitler was on her way there.

Patty — whose shows Pet Pals and Boomer TV air here on WISH-TV — wasn’t even sure if she’d make it to London.

And she said some urged her to cancel the trip.

But she went forward with it anyway, and after some delay arrived safely.

She told me she found no sense of fear among the Londoners.

In fact, she said it was just the opposite:

Everybody has been lovely as they say here. Wonderful. And you see international flavor here as you would in New York or any major city. And I’m not seeing any fear at all, which I was quite frankly surprised about, because I was worried.”