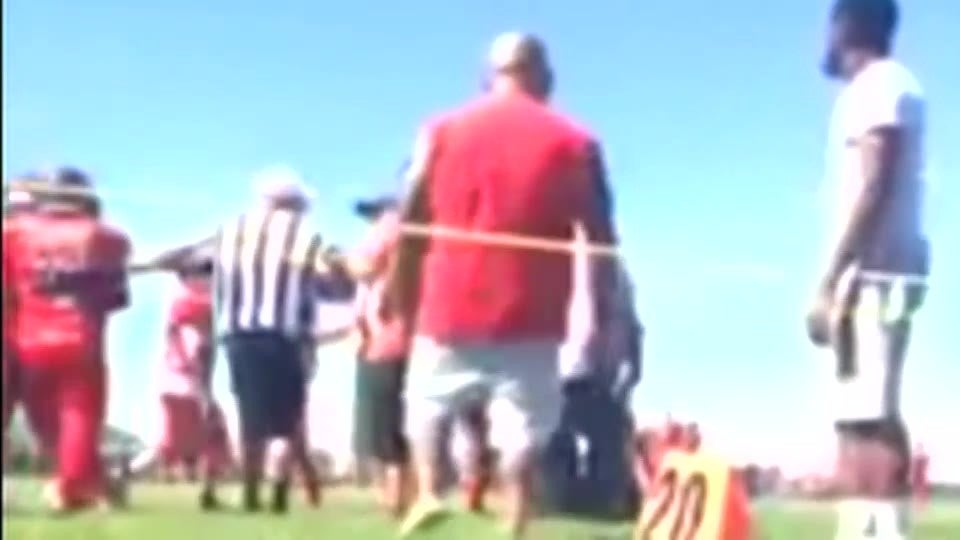 ALBUQUERQUE, NM (KRQE) — An Albuquerque youth football team has been banned from the league after a parent body-slammed a referee.

The video is going viral and sparking outrage.

Fans who were at the game said the brawl broke out after a player confronted the ref about a call. That’s when a parent completely lost his cool.

A flag on the play, then a push from a player, then a push back from a referee prompted a dad to cross a line that any responsible sports parent knows should never be crossed. All the while, the 13-year-old football players watched.

Parents said the fight happened in the middle of a Young America Football League (YAFL) game on Saturday between Rio Grande and Atrisco Heritage.

“Unfortunately some people get too excited for these events and they decide to go on to the field and take matters into their own hands,” Officer Simon Drobik said.

As with any youth sports league, YAFL has a code of conduct where parents pledge to control their emotions and set a good example.

YAFL sent a statement to KRQE saying someone from the Rio Grande team violated those policies and, because of that, the entire team is banned for the season.

According to Albuquerque police, they are being called to incidents like this more and more often.

The New Mexico Activities Association, which does not oversee YAFL, said aggressive acts such as these are scaring away referees.

“It’s disappointing to see something like that occur at a youth sporting event, and it’s one of those things and other sportsmanship issues that are causing the shortage of officials,” Dusty Young said.

Some parents said they feel for the kids who are forced to see that kind of behavior.

“I think this would be scary for some of the kids, they wouldn’t want to play anymore,” Torres said.

The Bernalillo County Sheriff’s Office said it responded to the fight. The department said no arrests have been made, but it’s investigating.

The game was canceled after that embarrassing on-field display by the parents.

YAFL declined an on camera interview for this story.