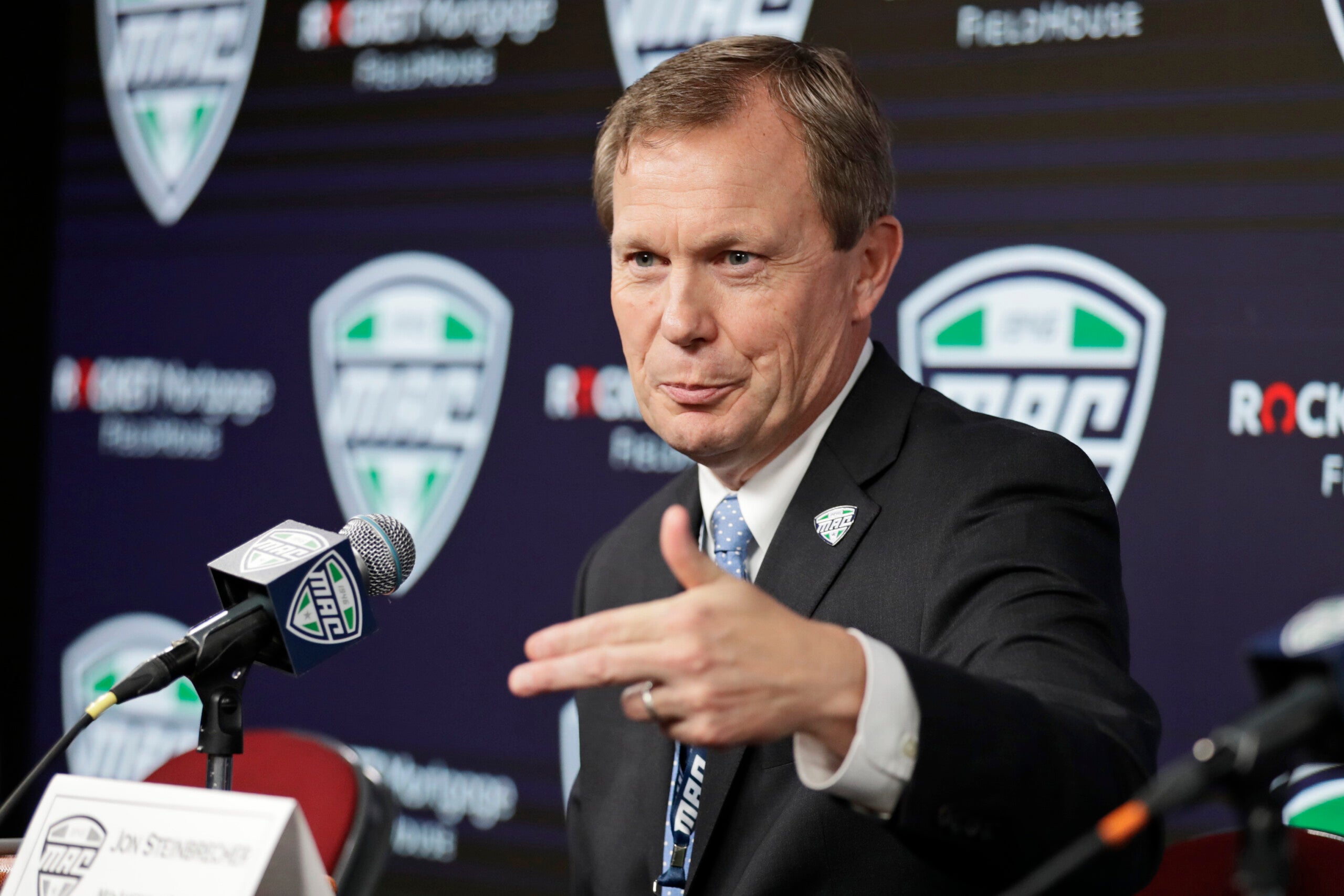 (AP) — The Mid-American Conference on Saturday became the first league competing at college football’s highest level to cancel its fall season because of COVID-19 concerns.

“I’m heartbroken we are in this place,” MAC Commissioner Jon Steinbrecher said.

With the MAC’s 12 schools facing a significant financial burden by trying to maintain costly coronavirus protocols, the conference’s university presidents made the decision to cancel all fall sports — including soccer and volleyball — and explore making them up in the spring season.

But Steinbrecher stressed this was first a decision about the health and well -being of the athletes, and the conference’s medical experts were not comfortable that sports could be run safely.

“At the end of the day, I keep coming back to advice of our medical experts,” said Steinbrecher

MAC schools rely heavily on revenue from playing road games against power conference teams. Most of those games were canceled when the Power Five went to exclusively or mostly conference games. Without them, the strain became too great of trying to implement all that it would take to keep players and staff safe during a pandemic.

The conference that built a brand name — #MACtion — and managed to score an ESPN deal by playing football games on Tuesdays and Wednesday nights is now the first to surrender to the pandemic, hoping it can regroup in with a spring season.

Nine of 13 conferences at Division I’s second-tier of football, the Championship Subdivision, have already announced postponed their fall football seasons, with an eye toward making them up in the spring.

But in FBS, conferences have been putting in place plans — however tentative — for the coming season. The Power Five went first and then the so-called Group of Five, with the American Athletic, Sun Belt, Mountain West and Conference USA all completing schedule models this week.

The MAC was the last one without a stated plan. A meeting of its presidents earlier in the week was expected to produce an agreement on how to go about a fall season, but instead some schools pushed to not play.

The final decision was kicked to a Saturday morning meeting. The news, first reported by the online sports network Stadium, started leaking within 90 minutes of the scheduled start of the meeting. The league soon announced a news conference with its commissioner an hour later.

“Ultimately, we are going to chart the course that is the right one for us. We believe as a league, we have taken a lead on many issues (before),” Steinbrecher said.