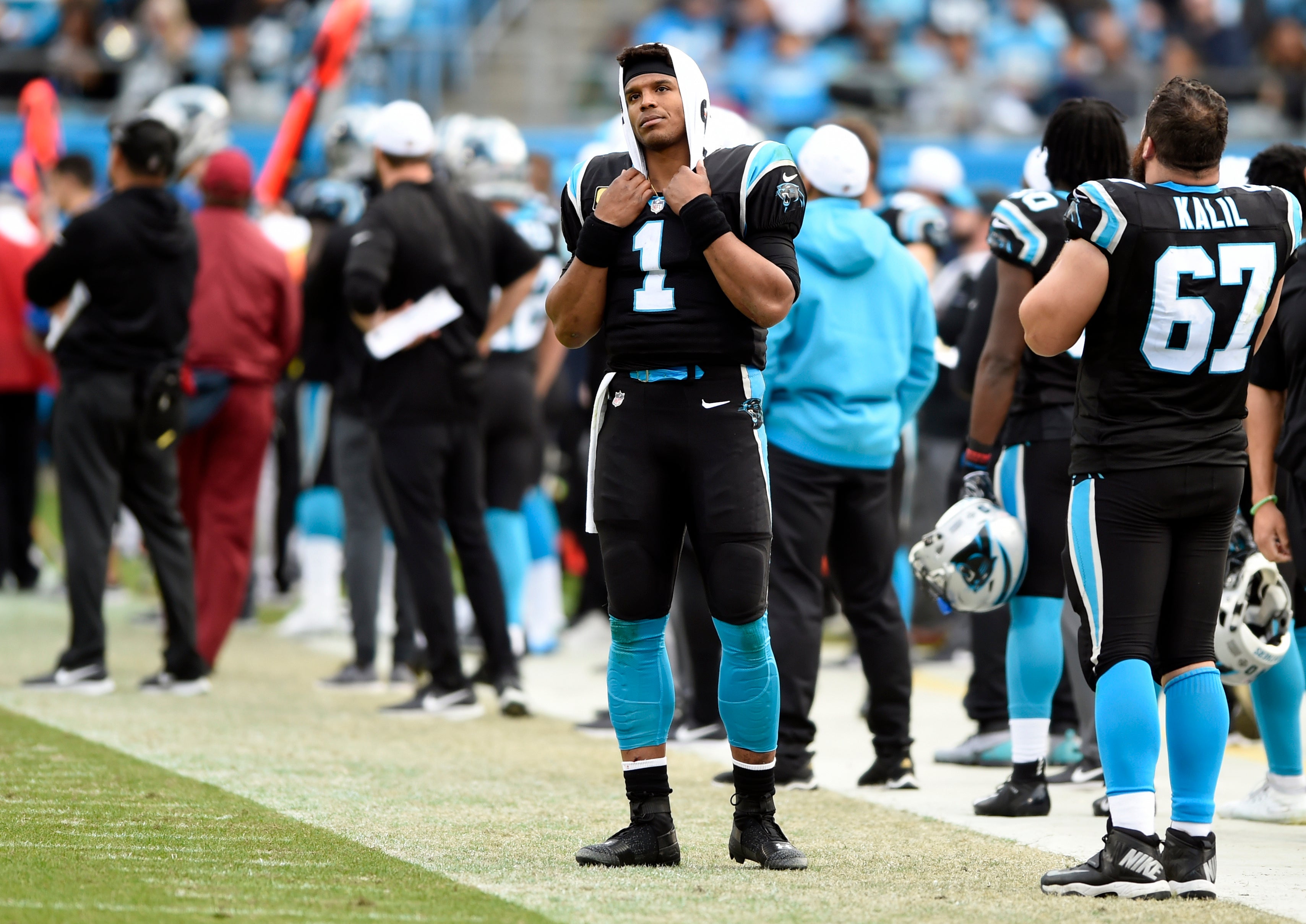 CHARLOTTE, N.C. (AP) — The Carolina Panthers have agreed to a one-year contract to bring back quarterback Cam Newton to the franchise that drafted him No. 1 overall in 2011, according to a person with knowledge of the situation.

The person spoke to The Associated Press on condition of anonymity Thursday because the deal has not been announced by the team.

Carolina was light on quarterbacks after starter Sam Darnold suffered an incomplete fracture of his shoulder blade in last week’s 24-6 loss to the New England Patriots.

Panthers coach Matt Rhule said Wednesday that P.J. Walker is expected to start on Sunday against the Arizona Cardinals. Matt Barkley, signed off the Tennessee Titans practice squad, is slated to be his backup.

It’s unclear if Newton’s return will change that.

Rhule said Wednesday the team would “continue to explore all options” at quarterback. When asked specifically at the time about Newton, Rhule said he “didn’t want to discuss hypotheticals” and said his focus is entirely on the players are on the roster.

Newton has struggled in recent years to get back to the playing level that earned him league MVP honors in 2015, in part due to shoulder and foot injuries. Newton is 7-16 in his last 23 career starts with 20 interceptions and 17 touchdown passes. He has run for 12 TDs during that span.

He spent nine seasons with the Panthers, throwing for 29,041 yards with 182 touchdown passes and 111 interceptions. He also set an NFL record for most career touchdowns rushing by a quarterback during his tenure in Carolina.

Newton’s best season came in 2015 when he combined for 45 touchdowns — 35 passing and 10 rushing — and helped the Panthers reach the Super Bowl after going 15-1 during the regular season. However, Newton struggled in Super Bowl 50 and the Panthers lost 24-10 to Von Miller, Peyton Manning and the Denver Broncos. Newton was 18 of 41 for 265 yards with no touchdowns and two turnovers in that game while being sacked six times.

He also was criticized widely for his decision not to jump on a loose ball after he’d been stripped of the football.

Newton was released prior to the 2020 season in a salary cap move after losing his final eight starts for the Panthers. Newton signed with the New England Patriots last season and started in 15 games. He continued to struggle throwing the football, with 10 interceptions with only eight TDs passing. He ran for 12 scores and was 7-8 as a starter.