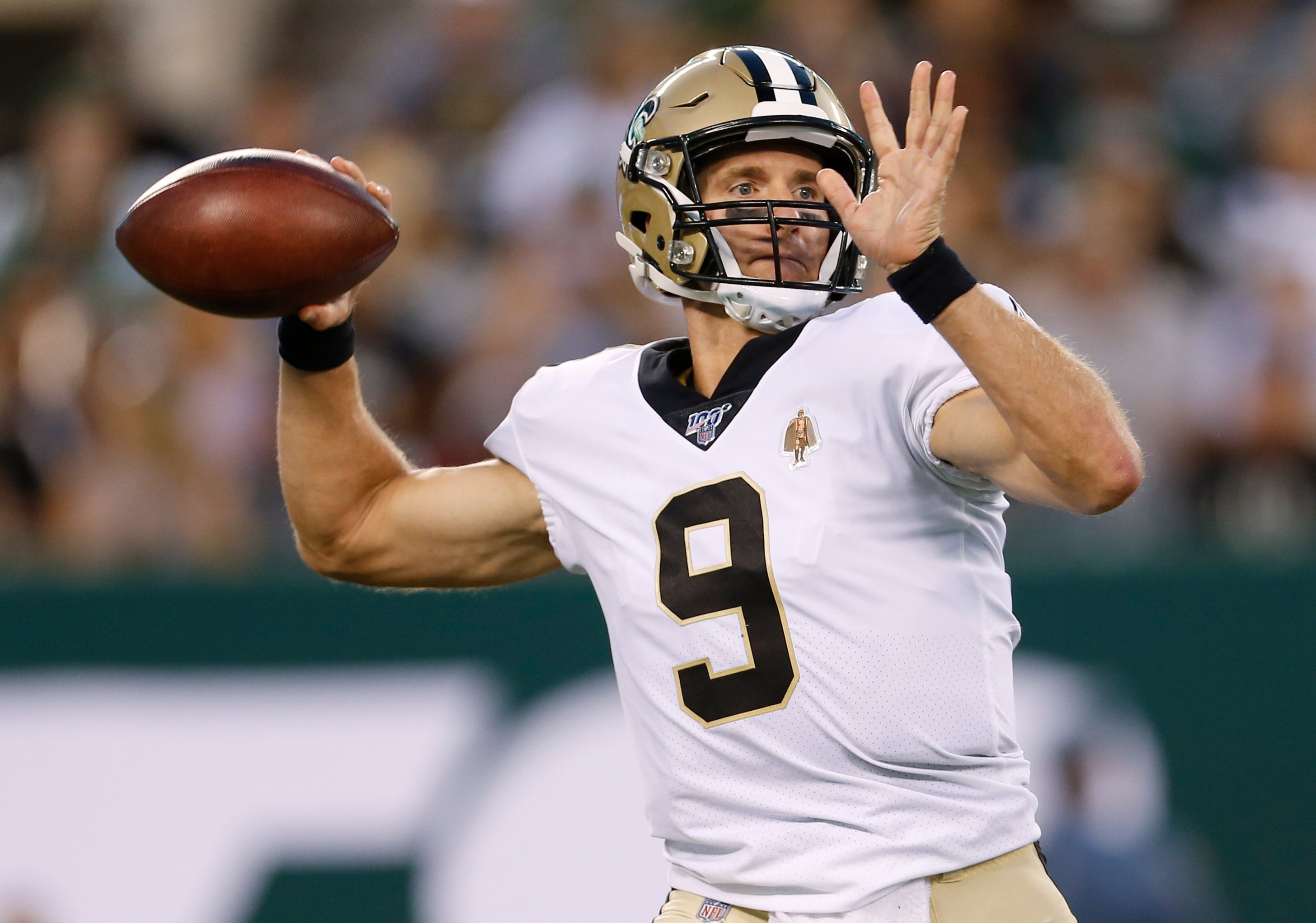 NEW ORLEANS (AP) — A person familiar with the situation says the Saints and record-setting quarterback Drew Brees have agreed on a two-year, $50 million contract.

The person spoke to The Associated Press on condition of anonymity on Tuesday because the deal has not been announced.

Brees has said repeatedly that he is taking career decision one year at a time. His new contract gives the 41-year-old, 19-year veteran the leverage to decide after this season whether he wants to continue playing.

Brees missed five games with a throwing hand injury that required surgery but was still productive last season while leading New Orleans to a third straight playoff appearance. Brees’ 74.3% completion rate ranked second in NFL history behind only his 2018 record of 74.4%.

He also passed for 27 touchdowns while throwing just four interceptions and was selected to a fourth straight Pro Bowl, the 13th of his career.

Brees is the NFL’s all-time leader in completions with 6,867, yards passing with 77,416, and touchdowns with 547. His career touchdowns mark is most vulnerable, just six ahead of 20-year veteran Tom Brady.

Brees began his career with the San Diego Chargers, who drafted him out of Purdue in 2001. He joined the Saints as a free agent in 2006 on the heels of a career-threatening throw-ing shoulder injury.