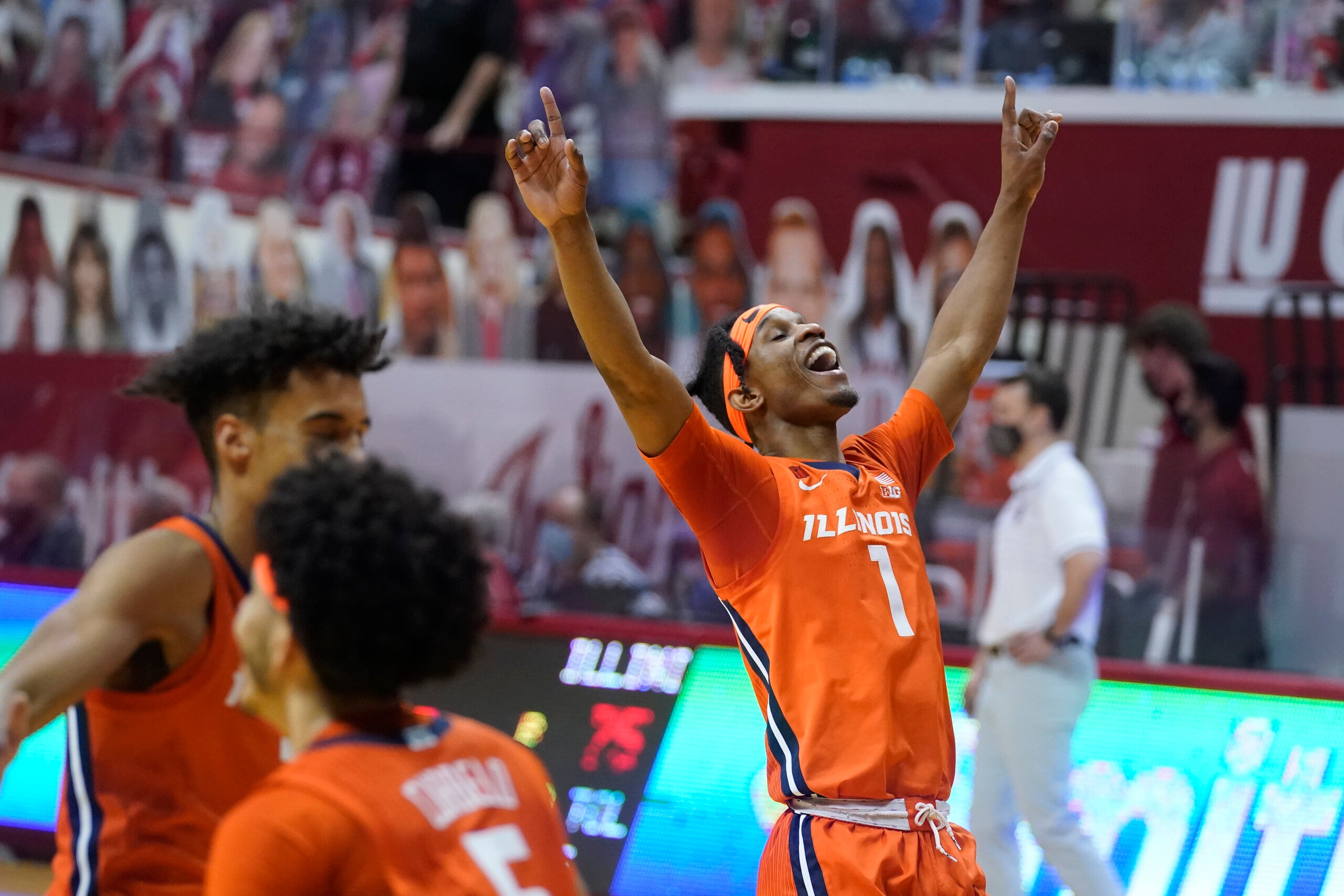 BLOOMINGTON, Ind. (AP) — Trent Frazier scored Illinois’ final 10 points in regulation, and the 12th-ranked Fighting Illini gave up only one basket in overtime to outlast Indiana 75-71.

Frazier finished with 19 points and Kofi Cockburn had 16 points and 10 rebounds for Illinois, which won its third straight overall and snapped a seven-game losing streak on the Hoosiers’ home court.

Trayce Jackson-Davis had 19 points and 14 rebounds for the Hoosiers, who have dropped two straight.

The Illini trailed 64-58 with five minutes to go. But Frazier tied it with two 3-pointers and twice put Illinois ahead from the free-throw line.