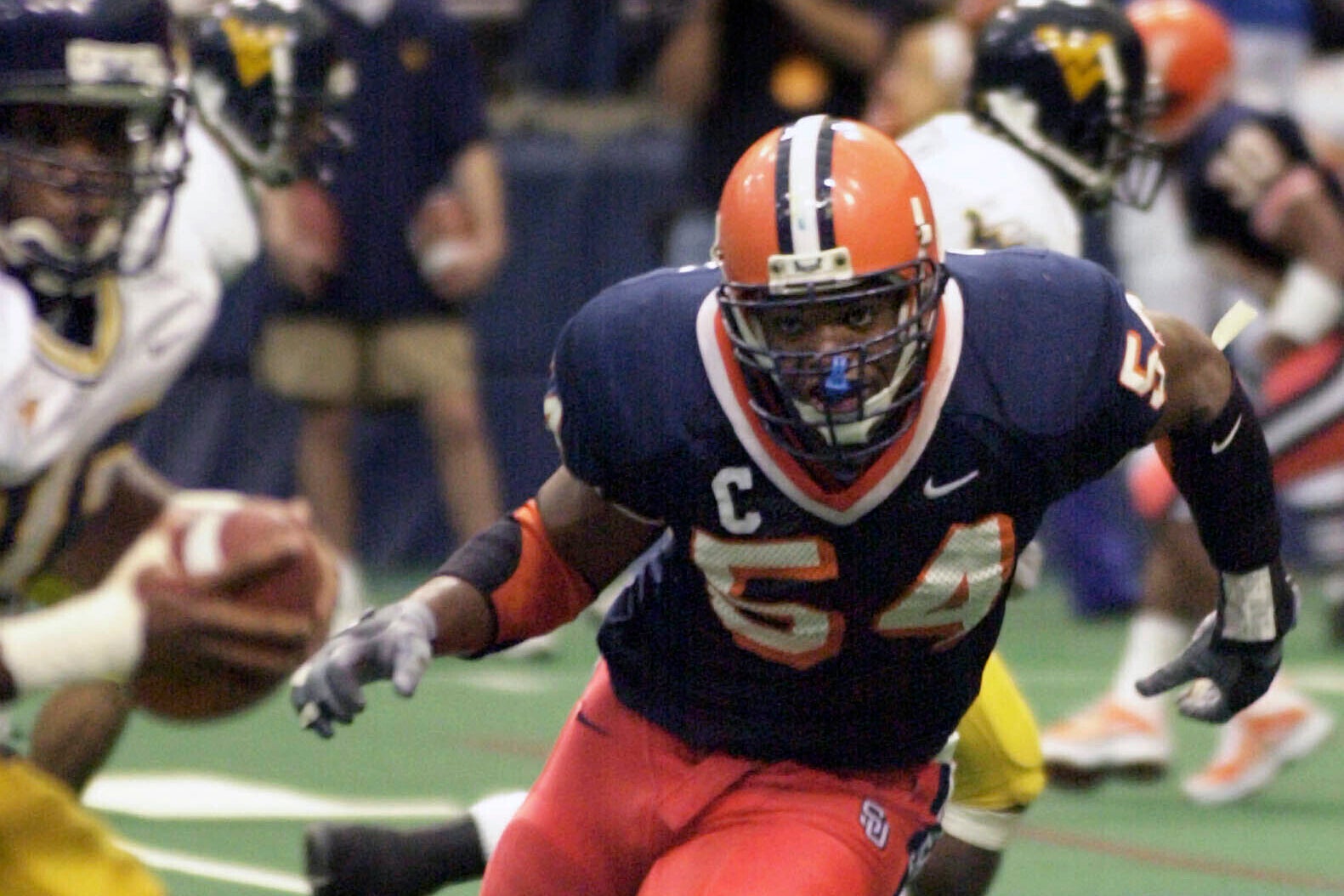 (AP) — Former Indianapolis Colts defensive end Dwight Freeney will appear on the ballot for the 2021 College Football Hall of Fame class for his time with the Syracuse team.

This is Freeney’s first time on the ballot. Freeney holds the NCAA record for career sacks per game at 1.61 and was co-Big East defensive player of the year in 2001 for Syracuse. He was with the Colts from 2002 to 2012, according to the team’s website.

The College Hall of Fame class of 2021 will be announced early next year.

Georgia cornerback Champ Bailey, Kansas State running back Darren Sproles, kickers Sebastian Janikowski of Florida State and Luis Zendejas of Arizona State and quarterback Ken Dorsey from Miami are also among those on the ballot for the first time. Former Oklahoma coach Bob Stoops is also up for induction for the first time.

Bailey was the Nagurski Award winner as the nation’s best defensive player in 1998, while also playing receiver and returning kicks for the Bulldogs.

Sproles finished fifth in Heisman voting in 2003 for the Wildcats.

Heisman Trophy winners Carson Palmer from Southern California and Rashaan Salaam from Colorado are among those returning to the ballot.

The ballot was sent to more than 12,000 National Football Foundation members. Votes will be tabulated and then the NFF honors court will select the class of 2021 from the top vote-getters.