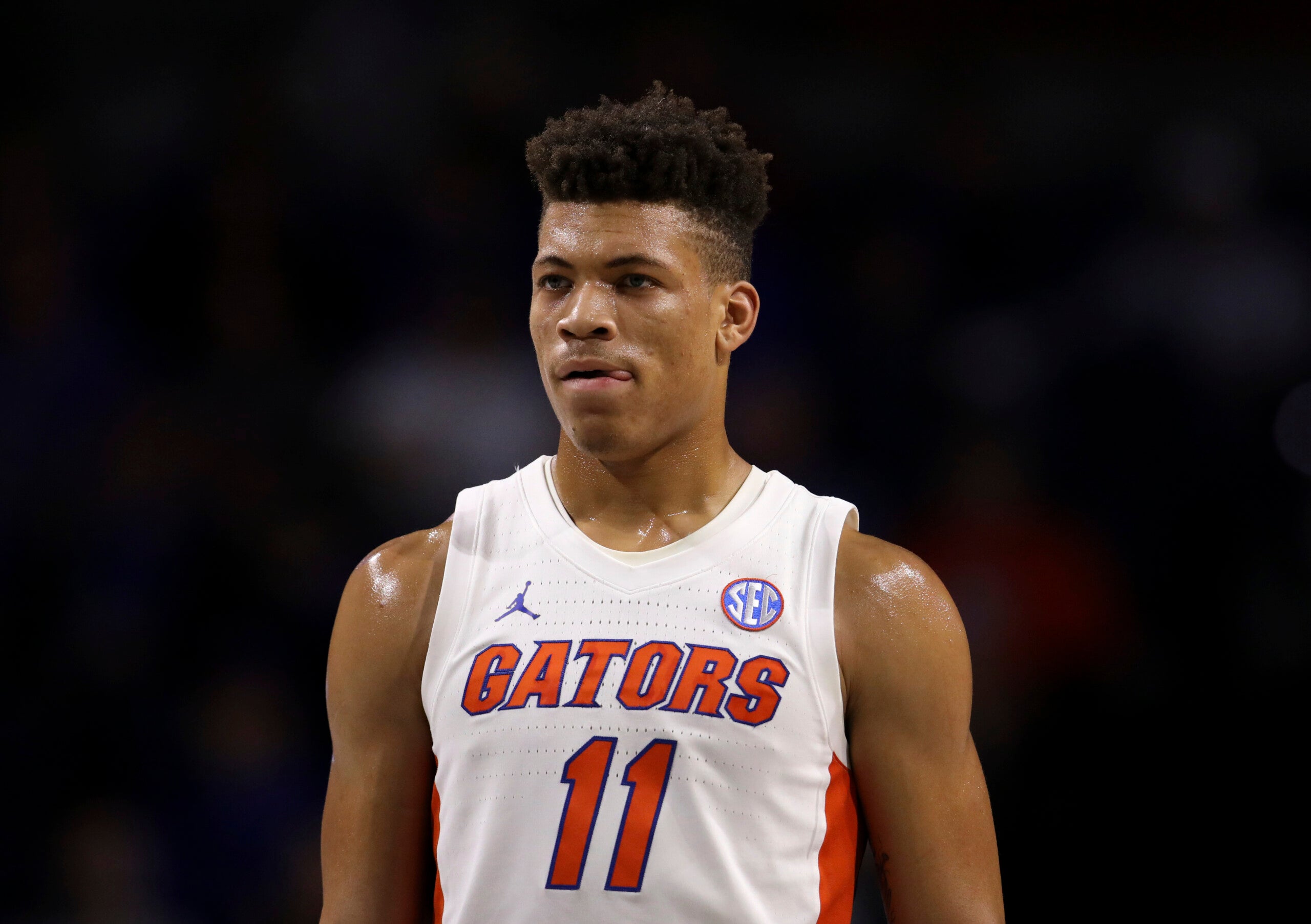 FILE - In this Nov. 29, 2019, file photo, Florida forward Keyontae Johnson (11) looks on during during the first half of an NCAA college basketball game against Marshall in Gainesville, Fla. Johnson, the Southeastern Conference's preseason player of the year, collapsed coming out of a timeout against rival Florida State and needed emergency medical attention Saturday, Dec. 1`2, 2020. He was taken off the floor on a stretcher and rushed to Tallahassee Memorial for evaluation. The Gators had no immediate update on his condition. (AP Photo/Matt Stamey, File)
by: Associated Press
Posted: Dec 12, 2020 / 01:08 PM EST / Updated: Dec 12, 2020 / 04:05 PM EST

TALLAHASSEE, Fla. (AP) — Florida coach Mike White declined to do any postgame media interviews. He wanted to get to the hospital to be near Keyontae Johnson’s side as quickly as possible.

No one could blame him.

Johnson, the Southeastern Conference’s preseason player of the year, collapsed coming out of a timeout against rival Florida State and needed emergency medical attention Saturday. Johnson was taken off the floor on a stretcher and rushed to Tallahassee Memorial for evaluation. The team said he was in critical but stable condition and later said he would remain in the hospital overnight.

Johnson had just dunked in transition before he crumpled to the floor as the team broke its huddle. Several Gators were in tears and a couple buried their faces in towels as White gathered them in prayer.

Officials sent both teams to the locker room to regroup, and the game continued a few minutes later. Florida State coach Leonard Hamilton said administrators gave the Gators the option of continuing and said they ultimately decided to play.

“Please keep praying for @Keyontae and his family,” White posted on Twitter. “We all love him.”

Auburn coach Bruce Pearl gathered his team together after practice, told them about Johnson’s situation and asked them join an assistant in prayer. The team posted a video of it on social media.

Johnson, a 6-foot-5 junior from Norfolk, Virginia, averaged a team-high 14 points last season to go along with 7.1 rebounds. He also led the Gators with 38 steals.

“Those types of things can affect you in some adverse ways,” Hamilton said. “We’re just all hopeful and praying that he’s OK. If it affected our players in an emotional way, I can imagine what the situation was with his teammates.”

Like many of his Florida teammates, Johnson tested positive for COVID-19 during the summer. Although the cause of Johnson’s ailment was not immediately known, the coronavirus can lead to myocarditis, a viral infection of the heart muscle. At its most severe, myocarditis can lead to sudden cardiac arrest and has been a documented cause of death for young, otherwise healthy athletes.

The Southeastern Conference mandates strict protocols, including rigorous heart testing, before players can be cleared to return to play following positive COVID-19 tests.