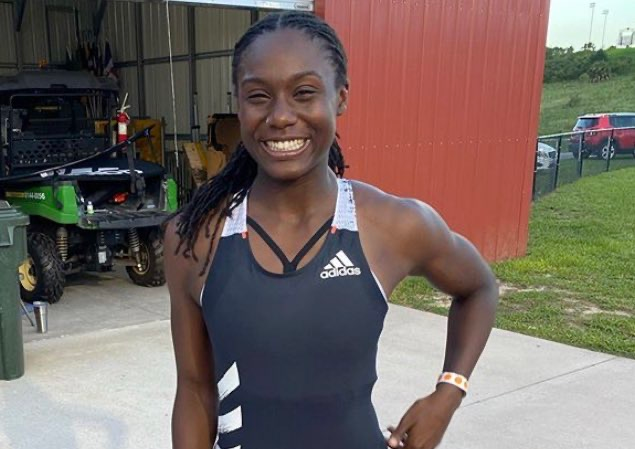 The sterling sprinter’s first year as a pro was easily one of the most unpredictable in U.S. track and field history.

“At first I was really, really lonely, but then I got a dog,” Irby said of moving to train full-time just outside of Orlando. “We (Adidas runners) were all extremely excited for this year. It was looking hopeful, and then … boom … coronavirus is on the news every day.”

In late July, during Irby’s second event after nearly one full year away from organized competition, the 21-year-old put the planet on notice.

Her dedication and drive during the COVID-19 related racing hiatus paid off.

Irby took on the 200M run and nearly topped every time posted this year.

Meanwhile, at her old home of Pike High School, there are many keeping a close eye on the three-time Indiana Gatorade Track and Field Athlete of The Year and 12-time IHSAA Champion.

From Indianapolis to Athens, Georgia, to Irby’s new endorsement team at Adidas — everyone knows this story is just starting.

“I know you (Lynna) are going to be an Olympian because you were born to be one,” DeeDee Nathan, Irby’s former track coach at Pike, said. “That is just the reality; she was born to be an Olympian. … I am so honored to have had the opportunity to coach her.”

“To me, you know, I was telling the (University of Georgia) assistant coaches that this girl is going to become one of the greatest American sprinters,” Georgia head track and field coach Petros Kyprianou said. “I just want to see you, Lynna, kicking butt and taking names like you always have.”

Much of the 2020 national track slate is still in jeopardy. As schedules come together over the coming months for the 2021 U.S. Olympic trials, Irby just picked up a major boost after the long layoff.

“The plan is to make the Olympic team,” Irby said. “The goal has never changed. I am going to go out to trials and try to kick butt.”