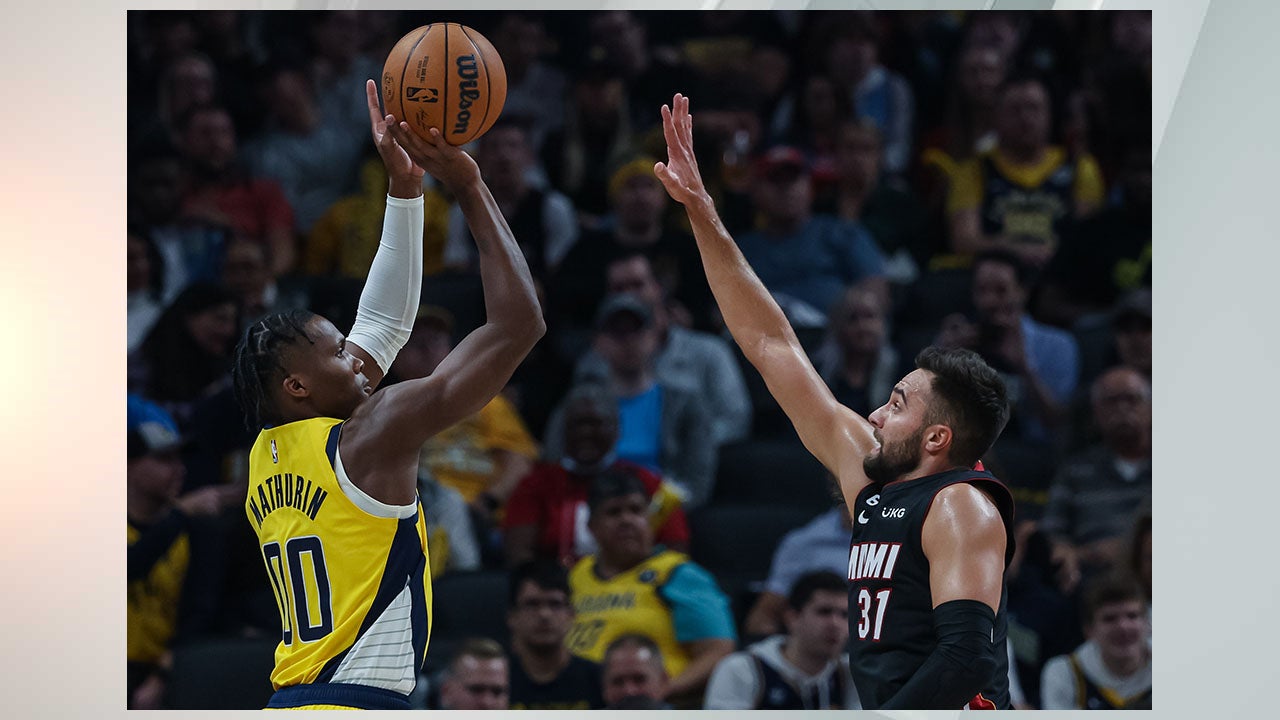 INDIANAPOLIS (AP) — Buddy Hield scored 25 points, Bennedict Mathurin had 23 points and Tyrese Haliburton scored 22 to lead the Indiana Pacers to a 101-99 victory over the Miami Heat on Friday night.

Leading 100-97, Pacers center Myles Turner was called for defensive goaltending with 10 seconds left, but the call was overturned. Herro was fouled and hit two free throws to make it 100-99 with 8.4 seconds left.

Mathurin hit one of two free throws with 7.6 seconds to go.

Turner finished with 16 points, seven rebounds and three blocked shots for the Pacers.

The Heat narrowed a 12-point halftime deficit to 80-77 after three quarters. Herro scored 10 points in the third quarter.

Pacers guard Chris Duarte needed help getting off the floor with 7:12 left in the first quarter after rolling his ankle on Kyle Lowry’s foot. Duarte did not return with the left ankle sprain.

Heat: Nikola Jovic hurt his nose during one-on-one work Thursday. Coach Erik Spoelstra said the rookie didn’t make the trip because there was concern about flying with the nasal contusion. … Adebayo was listed as questionable with a knee injury but was able to play.

Pacers: Aaron Nesmith missed his third consecutive game with a right foot injury. … Hield has scored 20 points or more in four of the last five games.