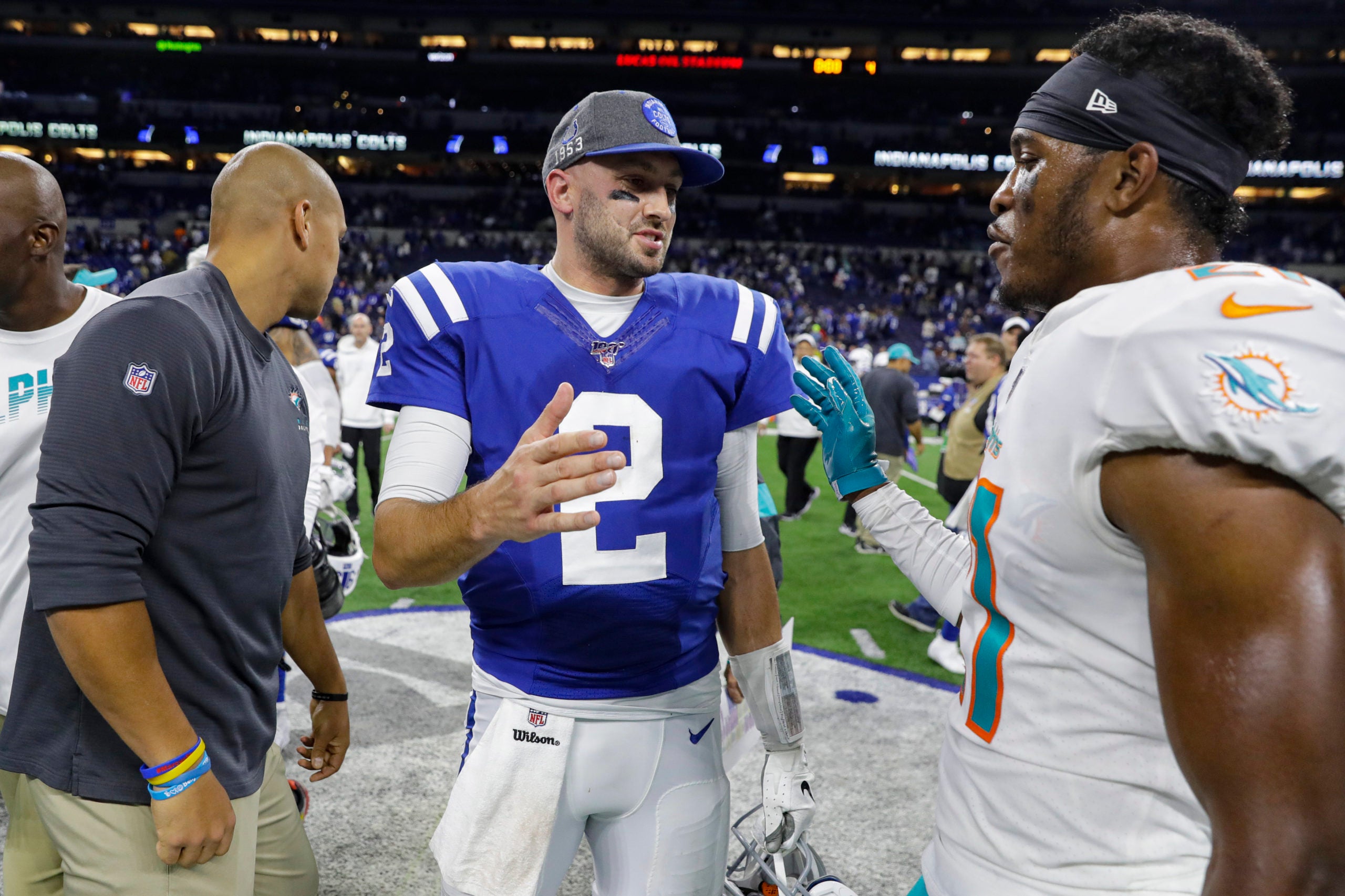 INDIANAPOLIS (WISH) — The Indianapolis Colts fell 12-16 to the Miami Dolphins on Sunday at Lucas Oil Stadium.

Tune in to WISH-TV for our postgame show, with live podium reaction from Colts Coach Frank Reich and key players, plus analysis from News 8’s Anthony Calhoun, Charlie Clifford and Olivia Ray.

And Colts analyst Bill Brooks joins us to break down every play.

How would you grade the Colts’ performance against the Dolphins? Vote here:

Colts quarterback Jacoby Brissett watched along with all the fans during Sunday’s game.