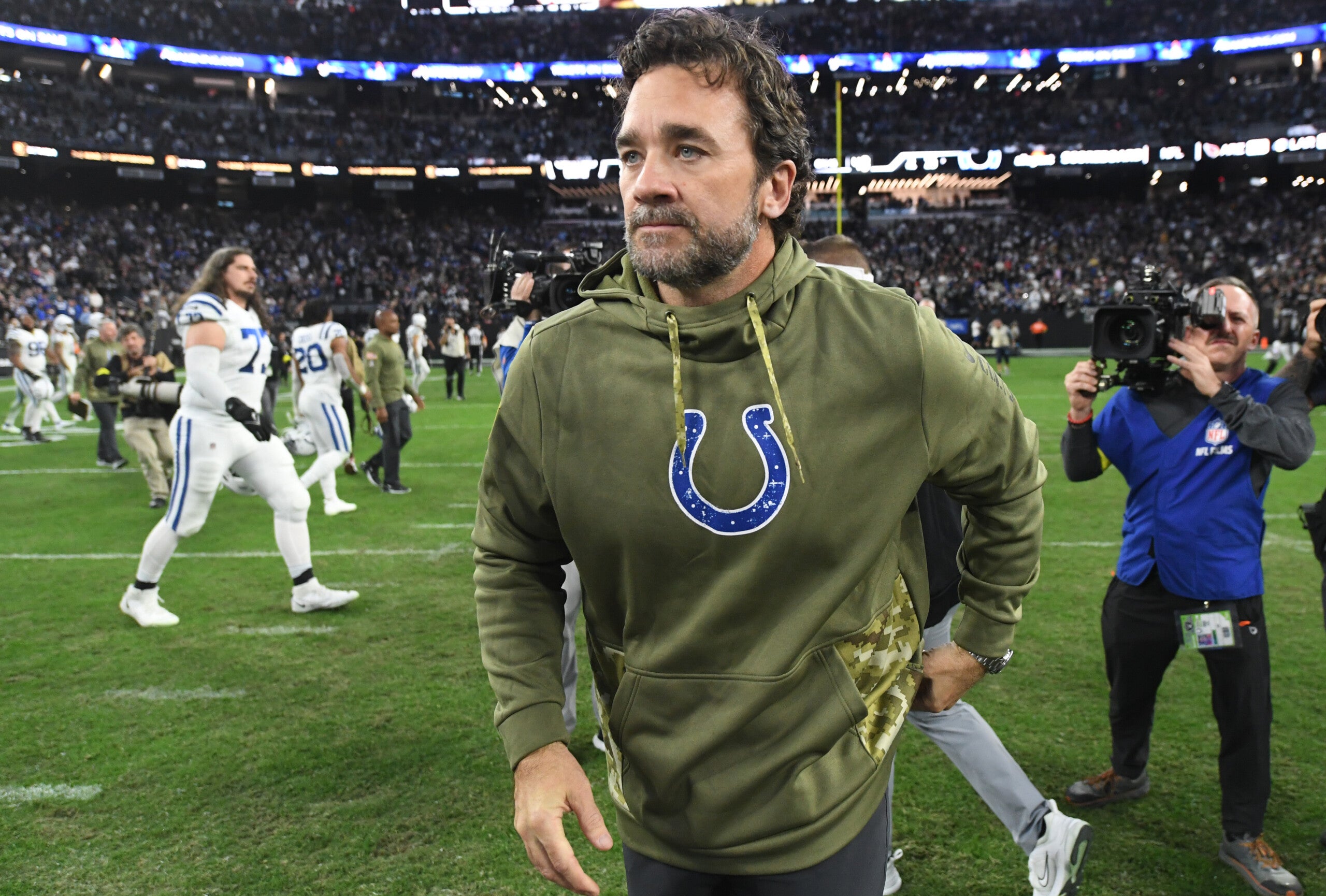 LAS VEGAS (WISH) — After five straight days of questions, criticism and controversy, Jeff Saturday led the Indianapolis Colts to a massive 25-20 win over the Las Vegas Raiders — Saturday’s first as a head coach in the NFL. Colts owner Jim Irsay took a lot of heat for his unprecedented move hiring his former Pro Bowl center who had never coached past the high school level. He had nothing but praise for Saturday after Sunday’s game.

“Everything that’s been done has been done to win. It’s very simple. Nothing’s been done for any reason except what’s best for the franchise,” Irsay said. “Just proud of (Saturday) and all the guys. I knew that Jeff would know how to mold and delegate to some of great coaches and players that are great leaders. He’s a great leader and uses everything around him to make the team better.”

Saturday clearly won over the locker room quickly this week and proved his leadership with the win in Las Vegas.

“I’m a loss of words, man,” said receiver Parris Campbell, who led the Colts with 76 yards and a touchdown. “Jeff brought a level of accountability this week that was real, man, that was 100 percent real. And I think every player, every coach – we appreciated that. He’s not trying to be anything that he’s not. He’s just being himself. That fiery player that he used to be, you could see that coming back out.”

“There was excitement out there and that carried into the game,” center Ryan Kelly said. “Jeff is a guy that believes in his players and believes in his coaches. Keep it simple. Go out there and play hard, play fast and come home with a W, and that’s ultimately what he did. I think it was the spark this team rallied behind.”

Matt Ryan returned as the starting quarterback for the Colts. Ryan joked that he played in a Pro Bowl with Saturday over 10 years ago, so the role change was a bit of an adjustment. Ryan says Saturday was a major factor in making the transition easier for the entire team.

“It was a combination of Jeff doing a good job of making it clear in telling us that he needed to earn our trust,” quarterback Matt Ryan said. “And it was a great job by the leaders in our locker room and the guys from one through 70, basically of saying, ‘You know what? We got to get to work.’ And I’m proud of the guys for doing that.”

“He’s a great coach,” cornerback Stephon Gilmore said. “He’s only been here for a week, but I can tell he gave us a little juice. I’m excited.”

Saturday gave a game ball to every player after a complete team win in Vegas.

Next up, the Colts host the undefeated Philadelphia Eagles Sunday, November 20 at 1 p.m.