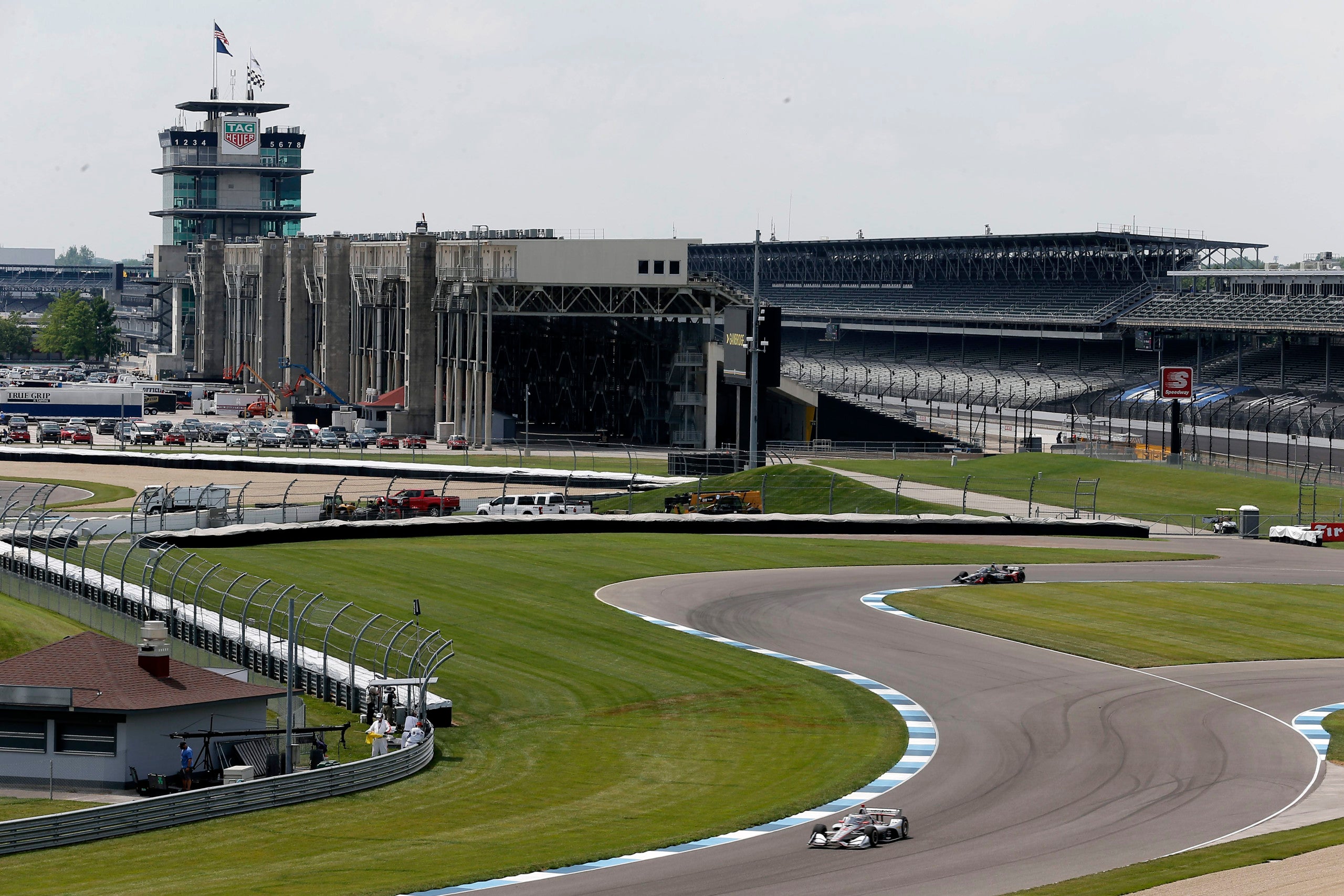 With his Friday qualifying round, the Team Penske driver now has 58 career IndyCar poles, second only to driver Mario Andretti’s 67 pole wins.

So far, each time Power was the polesitter on the IMS road course, he won the race.

The stands for Friday’s qualifying runs were empty due to coronavirus restrictions and will stay that way through a weekend of races. The IndyCar GMR Grand Prix and NASCAR Pennzoil 150 at the Brickyard will run Saturday, followed by the Big Machine Hand Sanitizer 400 on Sunday.

“We left nothing on the table in that lap in the Verizon Chevrolet. I knew that (Jack) Harvey had a pretty good time up there, so we put our best set on for the last run, and I just gave it my all. Fortunately, it was enough. But man, the heat. I just want to jump into an ice bath right now, I’m so bloody hot! We don’t need to be trying to get out first. If you’re thinking of that, you’re going to make a mistake, or I don’t need to be thinking about winning. You just need to be thinking about what you’re really good at, which is for me, driving; and for the crew the stops that they’ve done thousands of. We’ve all had a chat, and we all understand that. That’s how we’re going to win a championship.”

“Mega effort by the entire Meyer Shank Racing crew to put the No. 60 AutoNation / SiriusXM Honda on the front row for the GMR Grand Prix. We did well in practice this morning and we have been working really hard to be competitive, and I felt that we were going to have good pace during qualifying. This is the best we have done as a team. The No. 60 AutoNation / SiriusXM Honda has been great. The car has great straight-line speed, and we have the pace that we need to carry into the race. The car is very strong on both the black and red sets of Firestone tires. We are so optimistic to follow that into tomorrow and have another successful day.”

“We made a really good leap from practice; we weren’t super special but all right, just outside of the top 10. We made some good changes to the Gleaners Food Bank Honda. I love qualifying around here and I love being in Indy, so its super special to be on the second row of the grid for the second year in a row. I’m hoping we get a good result out of it.”