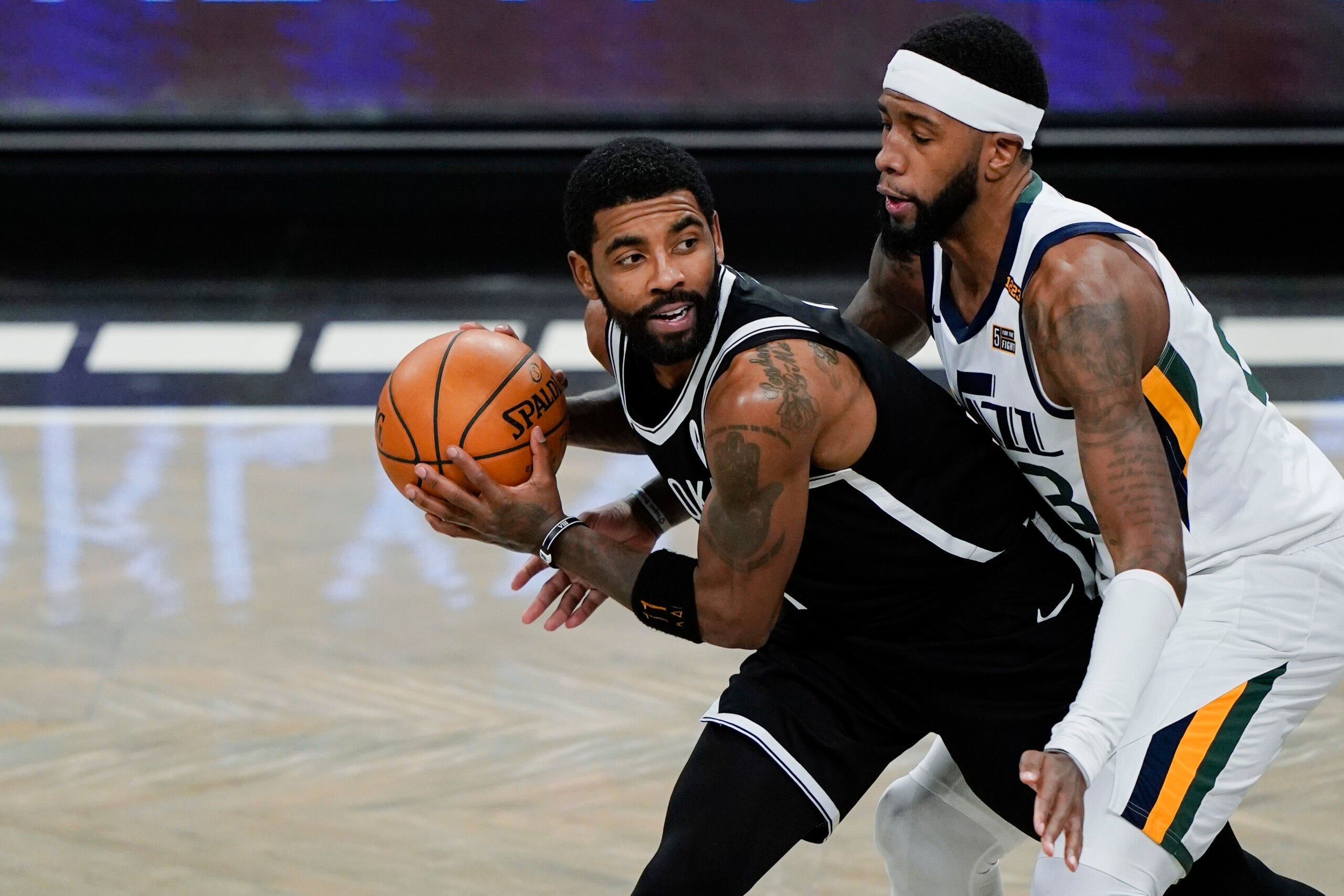 NEW YORK (AP) — Kyrie Irving rejoined the Brooklyn Nets on Tuesday, saying he took a leave of absence because he “just needed a pause.”

Irving practiced with the team and could play Wednesday in Cleveland. He has missed the last seven games — five while away from the team and two more while regaining his conditioning after he was eligible to return.

Resting his head on his arms folded in front of him while he spoke during a Zoom interview, Irving didn’t give a clear reason for his absence, saying he had a lot of family and personal stuff going on.

“I’m a hometown kid so things hit a little different when family and personal stuff going on, and that’s up to me to handle that as a man,” Irving said. “But yeah, I just take full accountability for my absence with the guys and just had a conversation with each one of them and we move on.”

Irving was fined $50,000 for violating the NBA’s health and safety protocols after he was seen in a video posted on social media during his absence at an indoor family party while not wearing a mask. He also lost nearly $900,000 of his $33.5 million salary because two of the games he missed were during a mandated quarantine period.

Irving said he was happy to be back with the team, which acquired James Harden during his absence. The Nets have won both games since the trade.

“We got some great pieces and we just move on, and I let my actions and my game speak for itself like I planned on doing,” Irving said. “Just needed a pause.”