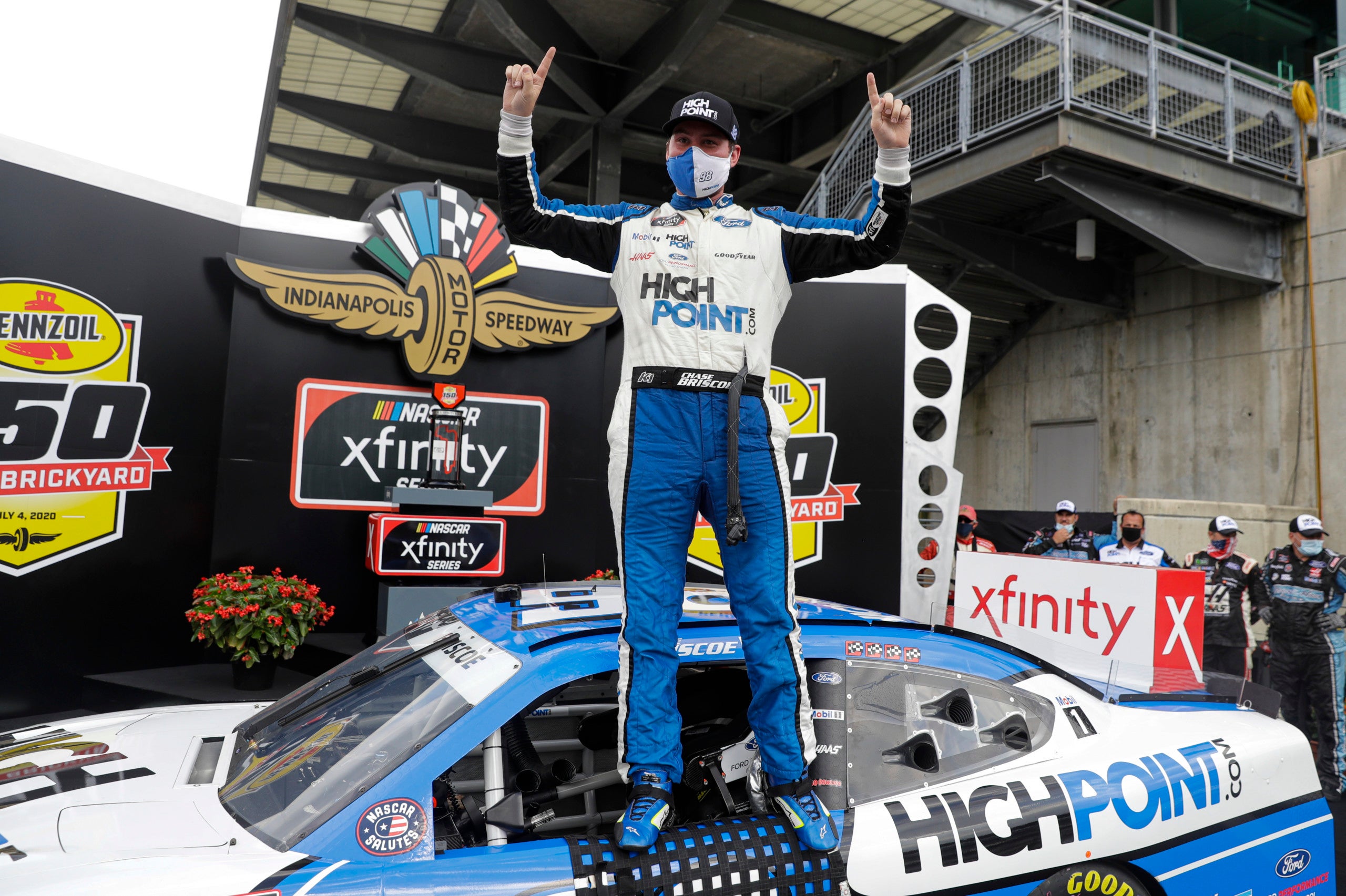 “I have dreamed of coming to this race track and just getting to race here,” Briscoe said. “To win here is unbelievable. I can’t put it into words. To get our sponsors in victory lane and driving for Stewart-Haas at Indianapolis. It doesn’t get any better than that.”

Allmendinger and Cindric faded to fourth and fifth after battling and bumping hard over the final few laps when the top three cars were within a second of one another.

It’s Briscoe’s second straight win, his third in the last four races and fifth of the season. And he celebrated another Stewart-Haas Racing victory by climbing the fence even though the stands were empty at the massive speedway.

“We are really rolling right now,” Briscoe said. “I think today is a statement win. I don’t think anybody had us as a favorite today with Allmendinger and Cindric in the field but we knew down deep we could run with those guys. I am so blessed to be driving this race car. I am a lucky guy that gets to drive it and it is truly a blessing.”

Briscoe won the second stage and was in control for most of the final stage. The leaders pitted with eight laps to go, and Briscoe passed three cars on the restart to take the lead.

Allmendinger finally caught Briscoe with two laps to go, but Briscoe retook the lead before the end of the lap and he eventually pulled away. Cindric, the son of Team Penske President Tim Cindric, took the first stage.