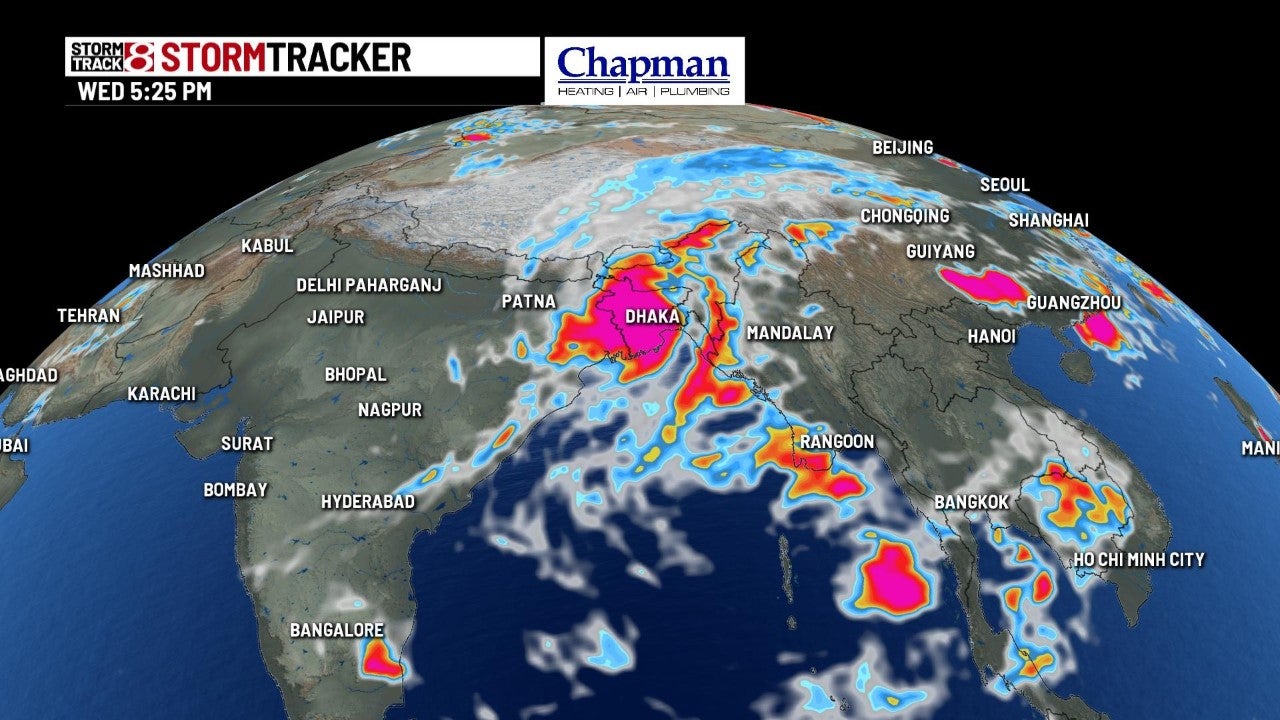 NEW DELHI (AP) — A powerful cyclone ripped through densely populated coastal India and Bangladesh, blowing off roofs and whipping up waves that swallowed embankments and bridges and left entire villages without access to fresh water, electricity and communications. At least 22 people were reported killed Thursday.

The cyclone weakened after slamming ashore Wednesday evening amid massive evacuations. Officials warn that relief and repair work will be made harder by the coronavirus pandemic, which has already sapped the health care system.

In low-lying Bangladesh, up to eight people have died while 12 deaths were reported in West Bengal state in India. Officials said two people died in India’s Odisha state in the Bay of Bengal. Most of the deaths were due to the collapse of walls, drowning and falling trees in both countries.

“We have never seen or heard anything like it. Windows rattled, the house shook, outside trees caught fire while, others collapsed. We thought we would die,” Javed Khan, a taxi driver in Kolkata, told The Associated Press via WhatsApp.

Cyclone Amphan, the equivalent of a category 3 hurricane, was packing sustained winds of up to 170 kilometers (105 miles) per hour with maximum gusts of 190 kph (118 mph) when it crashed ashore.

Although it lost power as it moved towards Bangladesh, the densely populated regions of South Bengal bore the brunt of the onslaught with storm surges pushing seawater 25 kilometers (15 miles) inland and flooding cities including Kolkata.

The roof of a school building in Howrah, a suburb of Kolkata, flew off in the wind. Numerous coconut trees were struck by lightning and rising rivers overflew their banks.

Heavy rainfall was forecast for many parts of the state in the coming week. The cyclone will disrupt local wind circulation and also trigger heat waves in parts of the country, said India’s meteorological chief, Mrutyunjay Mohapatra.

West Bengal Chief Minister Mamata Banerjee said Wednesday night the damage was difficult to assess immediately. She said that entire islands had been cut off from the mainland, including the communities living along the Sunderbans, one of the largest mangrove forests in the world.

The forests dissipate the energy of the storm and absorb some of the impact, said K.J Ramesh, India’s former meteorological chief.

In the West Bengal state capital of Kolkata, formerly known as Calcutta, many centuries-old buildings were badly damaged, said Banerjee.

“We are facing three crises: the coronavirus, the thousands of migrants who are returning home and now the cyclone,” she said.

In Bangladesh, at least a million people were without electricity, according to the Ministry of Power.

Hundreds of villages were submerged by a tidal surge across the vast coastal region, disaster-response authorities said. About a dozen flood protection embankments have been breached, it said.