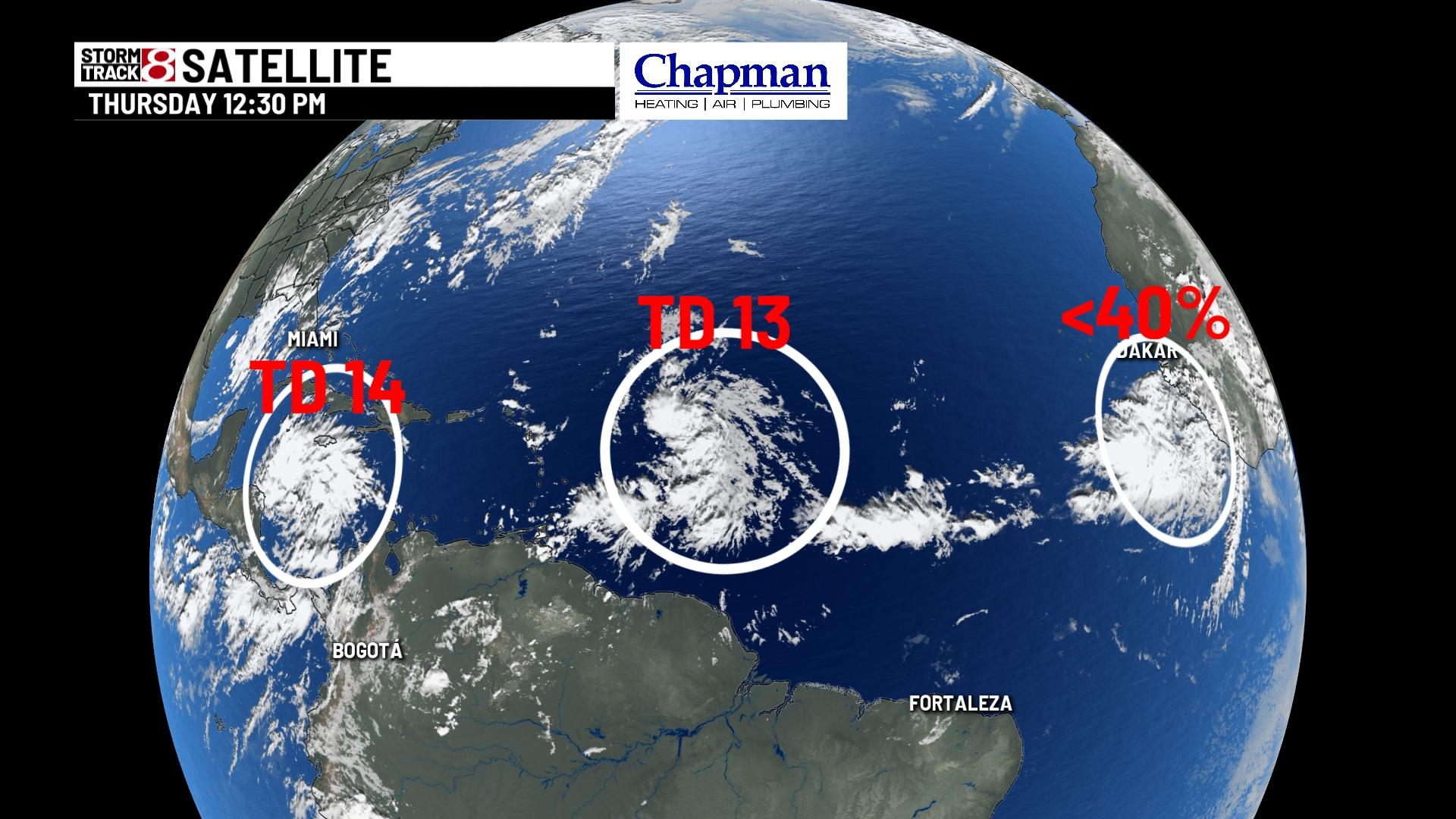 INDIANAPOLIS (WISH) — The tropics are becoming more active again. There are two systems that may become named storms by Friday. The next two names would be Laura and Marco.

Tropical Depression 13 is in the middle of the Atlantic and moving west at 20 mph. It will head toward the Leeward Islands by the weekend and could become Laura later Thursday.

Forecast models predict this storm will continue to move westward and impact Haiti and Cuba by early next week. Some models suggest it may strengthen into a hurricane before reaching the United States. However it’s still too early to tell the exact path this storm will take.

Another storm labeled now as Tropical Depression 14 is east of Nicaragua moving west at 20 mph. This one is expected to strengthen into a Tropical Storm Friday. This one would be Marco.

Forecast models project this storm would move over the Yucatan Peninsula and into the Gulf of Mexico by early next week.

So far we’ve seen 11 named storms this hurricane season. This is above the normal of 10 named storms.

There is another cluster of thunderstorms moving off the coast of Africa. This right now has less than a 40% chance of turning into a tropical system.