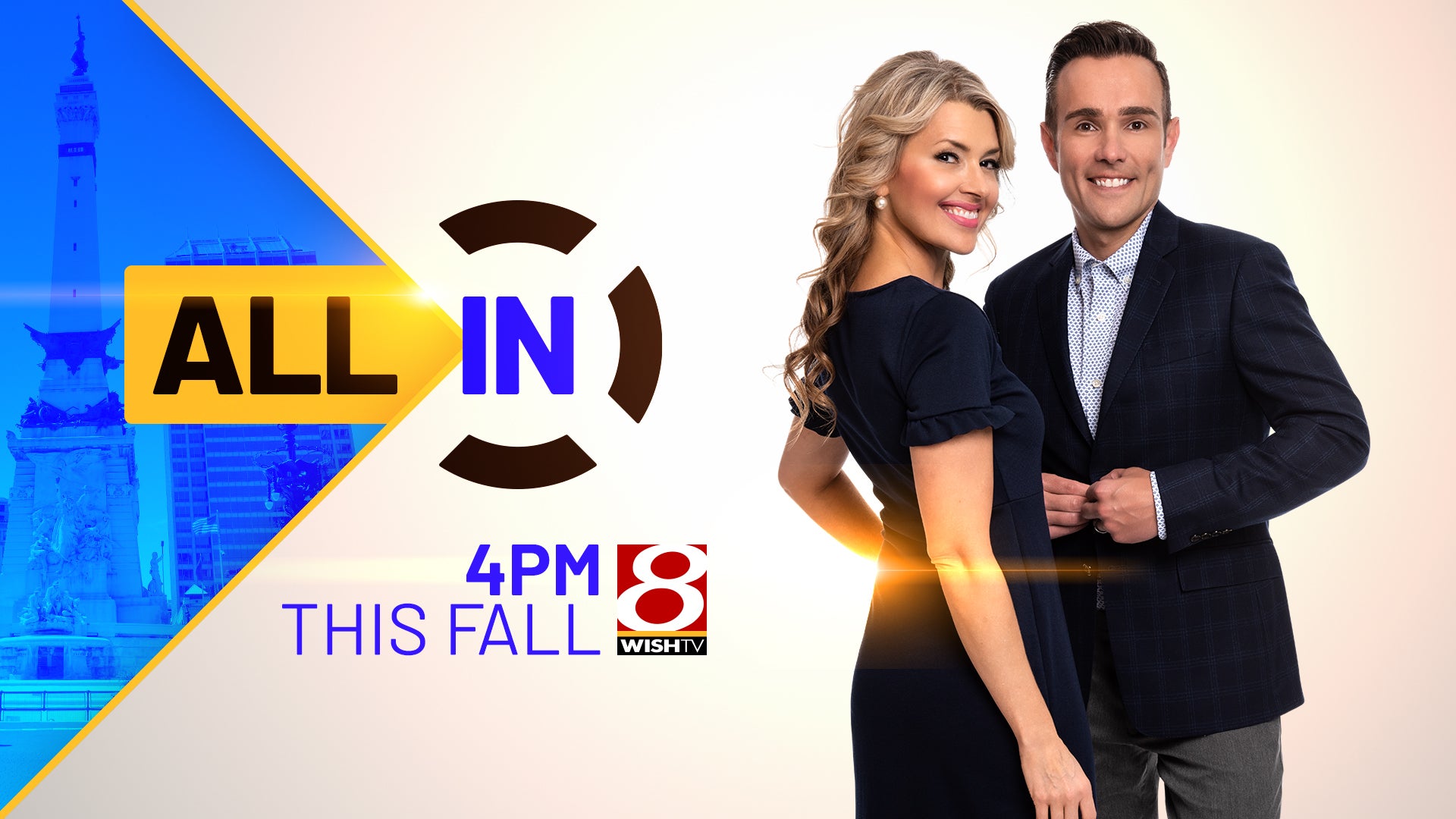 INDIANAPOLIS (WISH) — WISH-TV’s ‘All IN’ will launch this fall in the 4 p.m. timeslot. Phil Sanchez and Annessa Chumbley have been announced as hosts for the show. Billed as a local news talk show, the station says it will have the daily news and weather viewers expect, but presented in a different style.

‘All IN’ gives us an opportunity to take a look at local stories from a different perspective, to cover more of the positive things happening in our community and to interact with our viewers.

The two hosts will add different perspectives to the show. Phil Sanchez, a journalist for 15 years, brings the traditional news outlook. Annessa Chumbley, who began her career as a dietitian, brings a lifestyle approach to the program.

Phil Sanchez grew up on the east coast but became an adopted Hoosier when he began working at WISH-TV more than a decade ago.

He has covered some of the Circle City’s biggest stories and is an award-winning journalist.

I’m excited that ‘All IN’ gives us a new way to deliver local news to our viewers. It gives us an opportunity to go in-depth and have great conversations about things happening right here in Indiana.

Viewers in central Indiana have seen Annessa Chumbley on many different shows and networks, including the Hallmark Channel. She has also guest-hosted WISH-TV’s Indy Style.

I’m thrilled to expand my role at WISH-TV, and love that ‘All IN’ provides a unique opportunity to shine a light on positive things happening in our community.

With the launch of this ‘All IN’, WISH-TV grows its local programming from 70 hours per week to 75 hours per week, the most of any television station in Indiana.

We will be proving viewers 12 1/2 hours of local content every weekday. More than half of our broadcast day will consist of live, local programming produced out of our own studios.