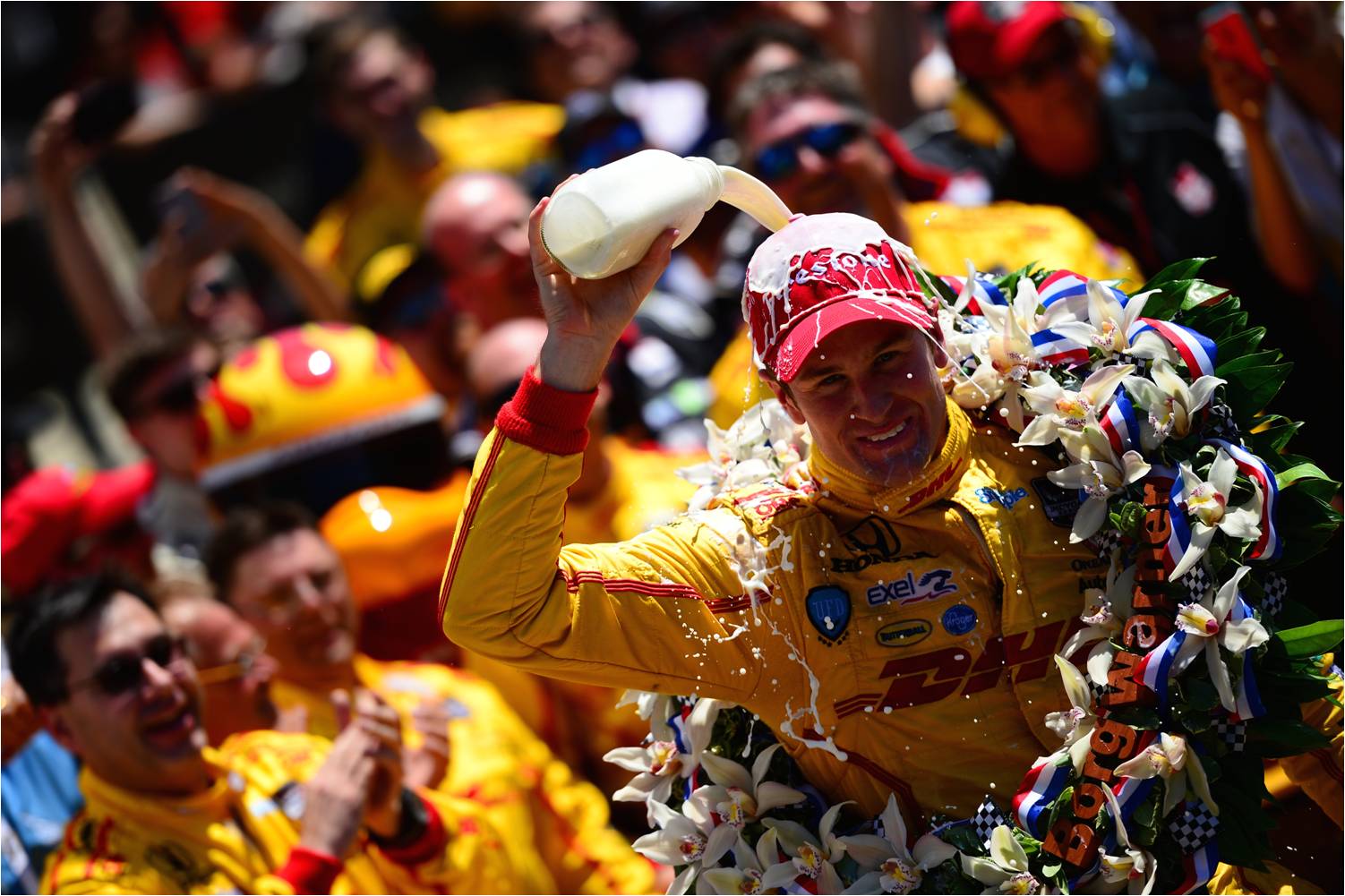 Behind the wheel of the DHL Honda, Ryan Hunter-Reay returns to the 2015 Verizon IndyCar Series circuit to defend his title as reigning Indianapolis 500 champion. With 14 career race wins in open wheel competition, the 34-year-old has recorded over 170 career IndyCar starts, six from the pole position.

Because its been so long, its been so much work leading up to that point that once its achieved you can’t believe it and the great thing with the Indy 500 is the work just keeps coming…We have a new car coming basically, with the new Aero Kit we’re going to go quicker and over the next couple of years maybe approaching the new track record at the Sppedway so we basically have a different car that we have to work with.  We can’t get complacent, always pushing forward, we have to be better than anyone else out there.

Although he boasts twelve years of open-wheel racing experience, the 2012 Verizon IndyCar Series Champion has proven to be more than just a racer. Together with wife Beccy and their two children, the Hunter-Reays have become America’s first family of racing working as advocates for the sport and fighting to beat cancer via their charity Racing for Cancer. The devoted father proudly carries the No. 28 in tribute to the 28-million people worldwide living with the disease.

When Racing for Cancer was founded, it may have seemed like a far-fetched dream for Ryan Hunter-Reay to be able to raise more than a million dollars in support of his mother, Lydia Hunter-Reay, whom he lost to colon cancer in 2009, and the other 28 million who are still fighting.

Last week, his dream soon became a reality when he and co-founder of Racing for Cancer, Tom Vossman, and partner AutoNation made a joint donation of $2.5 Million to the new Cleveland Clinic Florida Maroone Cancer Center.

“The Cleveland Clinic Ft Lauderdale will be a turn-key world class cancer facility. I remember back when Ryan, Beccy and I met and thought how cool it would be to one day support a program in Lydia’s honor. And with the support of so many great people, we did it! Ryan told me often, if somebody walked up to him someday and thanked him for his focus on prevention and early detection and that it helped save that person’s life or the life of his/her parents, it would mean the world to him! He’s as passionate as anyone I’ve met in fighting this disease. And we’re just getting started!”- Tom Vossman, President and Co-founder, Racing for Cancer.

“Just a few short years ago, this was just a dream. And now, with the help of DHL, Dr Pepper/Snapple Group, my team, fellow drivers, and hundreds of supporters from around the country, our collective generosity will truly help save lives. Of course it would not have been possible without our new partnership with AutoNation! To forever be able to honor my mom, Lydia, and know that it represents support for the 28 million living with cancer, Beccy and I couldn’t be happier!” -Ryan Hunter-Reay

Thursday, May 21 Indianapolis, IN

For more information, donate to the cause or to reserve tickets, please visit TheYellowParty.org.