Take a behind the scene look at Jingle Rails: The Great Western Adventure, a journey to the Great American West on display now through January 19 at the Eiteljorg Museum. 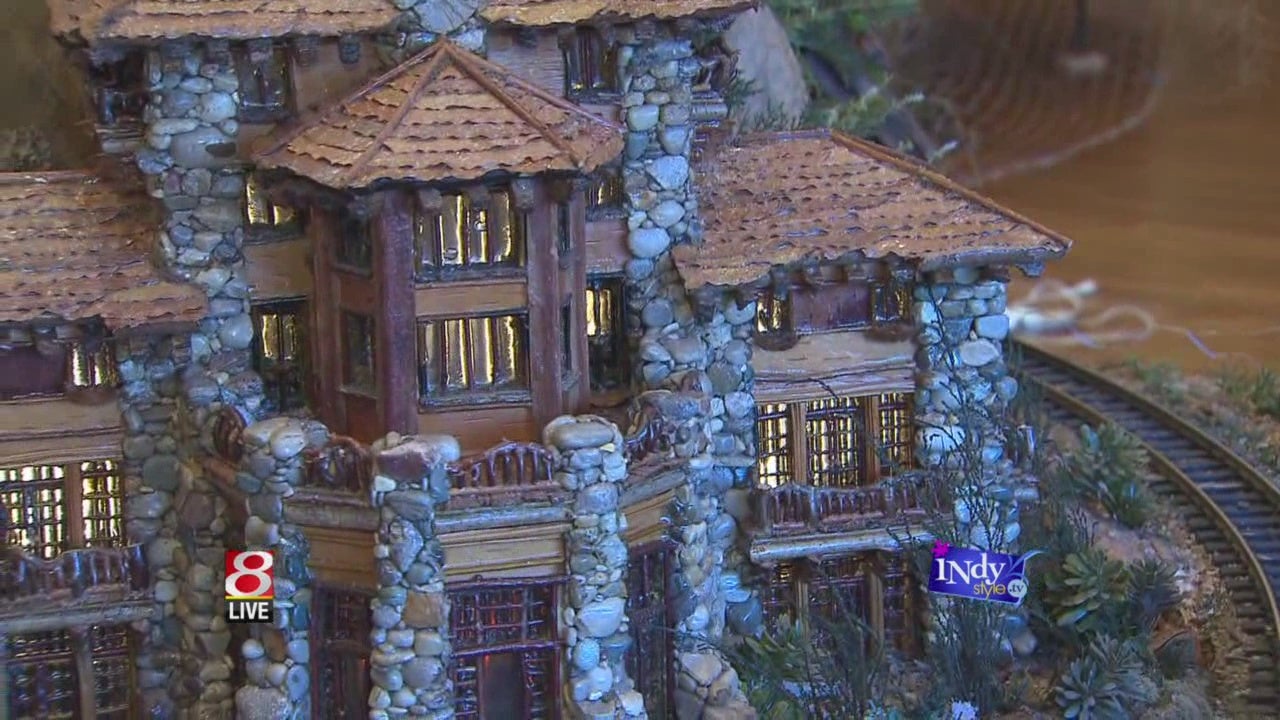 Cindy Johnson, designer with Applied Imagination takes us on a brief behind the scenes tour of the Eiteljorg Museum’s annual exhibit, Jingle Rails: The Great Western Adventure.  This is a one-of-a-kind locomotive wonderland that’s entertaining for all ages. Eight model trains travel on 1,200 feet of track to wind past treasures of Indianapolis and the American West, including the Soldiers’ and Sailors’ Monument, Lucas Oil Stadium, the Indiana State Fair, a working replica of Old Faithful, Golden Gate Bridge, the Grand Canyon and more. Visitors can access bonus content and videos with smartphones via QR coding placed on the labels. The exhibit runs through Jan. 19, 2015

For more information www.eiteljorg.orgMORE ABOUT THE EXHIBIT

Enter a locomotive wonderland–a network of trestles, bridges and tunnels with chugging trains and detailed replicas of national treasures, all made of natural materials like twigs, moss and nuts and wrapped up in holiday trimming. Jingle Rails: The Great Western Adventure is a journey to the Great American West – the real West and the West of the imagination.

Every canyon and mesa, every lodge and geyser is created by Paul Busse and his brilliant team at Applied Imagination. Busse’s inventive holiday creations are rare and only seen in cities like New York, Chicago, Washington, D.C.-and now Indianapolis.Highlights

• More than 30 features including: