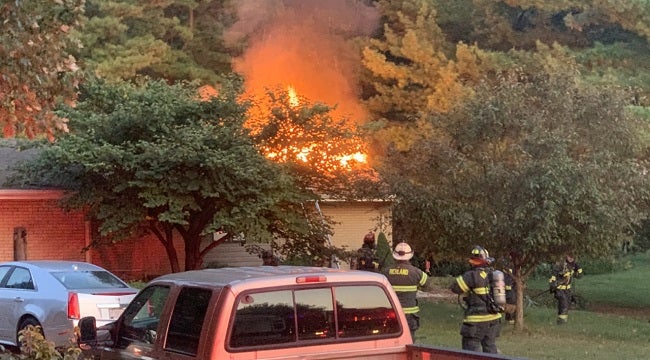 ANDERSON, Ind. (WISH) — One person was hurt in a fire Thursday night at a large, single-story house, a Madison County fire department said.

Richland Township Fire Department was sent about 7:25 p.m. Thursday to a home in the 2100 block of Lake Drive. That’s just northeast of State Road 9 and East Cross Street.

Debbie Gates, public information officer with the department, said one woman who lived in the home was taken to a local hospital. The woman, whose identity was not released, was still being evaluated at the hospital about three hours after the fire.

Gates said fire crews arrived to find the home’s occupants were evacuated. The crews set up a portable water pool, and the fire was out after about 40 minutes.

The fire was contained to a bedroom. Investigators on Thursday night were continuing to determine the fire’s cause.