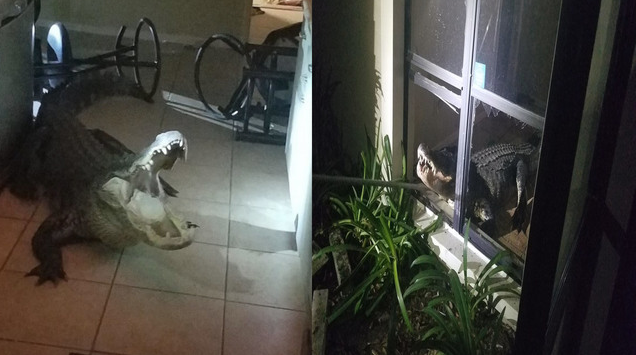 CLEARWATER, Fla. (WFLA) – An unwanted overnight visitor was removed from a home on Eagles Landing in Clearwater, Florida.

According to WFLA, the 11-foot-long gator broke into the home through some low windows in the kitchen.

The Clearwater Police Department and a local trapper responded to the scene and were able to capture the gator.

The homeowner said the gator broke four good bottles of wine. Thankfully that was the extent of the injuries and the gator was removed safely.