3 arrests made, 1 still at large after warrant served in Tippecanoe County 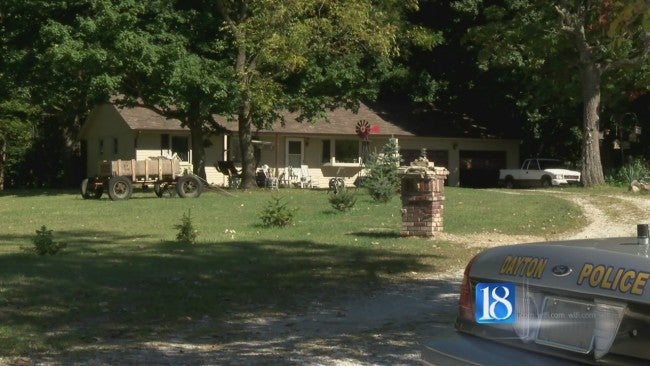 Tippecanoe County Sheriff’s deputies went to a home on the 8200 block of County Road E. 680 South, about four miles south of Dayton, to serve warrants to 43-year-old Dale Sanders from Lafayette. Sgt. Rob Hainje said they received an anonymous tip that Sanders was at that location.

But once deputies arrived at the home, they said Sanders ran away into some nearby woods, beginning a manhunt. Hainje said K-9 units were deployed in the area but they disengaged for safety reasons once the trail went into a cornfield.

Three other people were located on the property. After ID checks, two of those people were also wanted on warrants and arrested.

Shawna Sanders, 41, was wanted out of Fountain County for operating while intoxicated on a controlled substance, possession of a legend drug and operating a vehicle while suspended.

Daniel Jacobs, 48, was wanted out of Lafayette for operating while intoxicated in a reckless manner and a separate charge of resisting law enforcement. A K-9 found Jacobs hiding inside the residence. He was taken to the hospital for minor bite injuries.

A third person on site, 41-year-old Jason Sego, was arrested for assisting a criminal and resisting law enforcement.

James Kirts, the brother of Shawna Sanders, tells News 18 that Shawna was living at the home to help her mother take care of some animals and was supposed to be living alone.

“Sick. I just don’t see how you can do that to your own parent, especially when they’ve done everything they could under the sun to help her and this is how they get repaid,” said Kirts. “It’s sickening.”

Authorities said drug-related paraphernalia was found on the property, but no meth lab or precursors were found.

According to Hainje, the felony warrants for Dale Sanders are connected to drug-related charges out of Warren County.

Deputies say they do not believe Dale is armed or a danger to anyone else. They did notify Wainwright Middle School who had an officer monitor during afternoon dismissal.