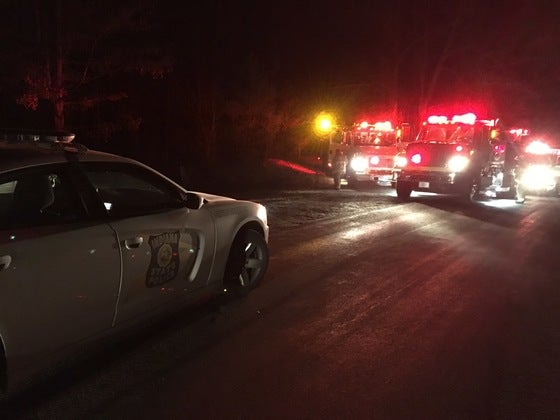 OLDENBURG, Ind. — Three people and a dog have died after a small plane crashed near Oldenburg, which is about 45 minutes outside of Cincinnati.

The crash happened in the 5000 block of North Hamburg Road.

Indiana State Police confirmed the deaths in a tweet Saturday night. ISP and the FAA will jointly handle the investigation.

Three people/one dog were killed in Franklin Co plane crash. One dog survived. Plane was single engine Cessna going from Missouri to Maryland. ISP is working with FAA and NTSB. News Release will be sent out later today. My thoughts and prayers go out to the victims’ families.- Sgt. Stephen Wheeles (@ISPVersailles) December 17, 2017

Details have not been released on what caused the crash.

Authorities said the plane was traveling from Missouri to Maryland.

A second dog that survived the crash was taken to a local veterinarian to treat its injuries.

An autopsy will be performed on the victims on Monday