Acting leader takes over for mayor accused of paying for sex 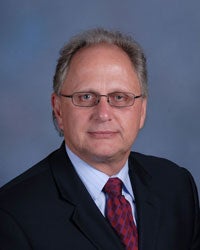 BATESVILLE, Ind. (AP) – An acting executive has been appointed in a southeastern Indiana city after the mayor was accused of paying for sex with an HIV-positive man who authorities say tried to blackmail him.

The city of Batesville said in a news release that 60-year-old Mayor Richard Fledderman designated City Council member Gene Lambert as acting executive Wednesday. The city says Lambert will act in the role for up to 15 days per Indiana law, and that the move allows city business to continue uninterrupted during any absence by the mayor.

Fledderman was arrested and charged last week with patronizing a prostitute. A probable cause affidavit says Fledderman found 42-year-old Randy Wigle-Stevens of Indianapolis through a website.