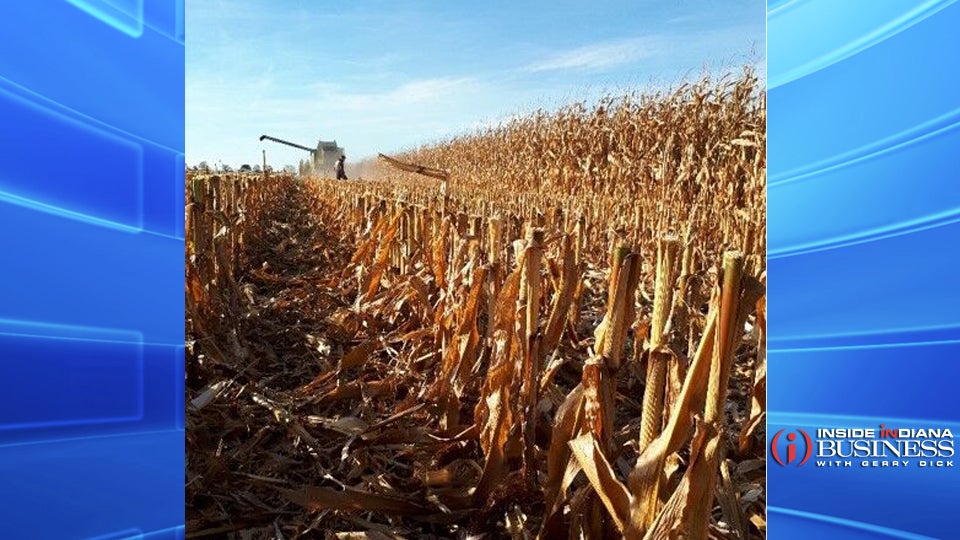 RUSHVILLE, Ind (Inside Indiana Business) — With the start of a new year, Florida-based Cormo USA Inc. is looking forward to its first full year of operations, including its first harvest of corn stalks, in Indiana.

Delayed a year from its original plan, Cormo says it will be working with a still undetermined number of Indiana farmers this year to collect corn crop residue and generate two sustainable products.

“We have a number of farmers lined up ready to work with us,” said Cormo USA Chief Executive Officer Stefan Muehlbauer. “We will be doing the contracting starting in February for the 2020 harvest season.”

Cormo announced in May 2019 it was building its first U.S. production facility in Rushville to convert the crop residue, known as corn stover, into value-added products – a peat moss substitute and foam-like construction material.

This company has utilized the patented process at Cormo’s pilot plant in France since 2016.

It had planned to collect its inaugural harvest of about 250 acres this past fall, but it admits the timeline may have been too aggressive. Cormo also did not get a facility built in 2019 as it had hoped.

“For a variety of reasons. Just as one example, getting steel for buildings can take up to six months now because of the issues that we have for China,” said Muehlbauer, referring to a lengthy trade dispute between the U.S and China.

But the company did find an existing 100,000-square-foot vacant building in Rushville, which will serve as an interim home.

“Since our equipment is relatively mobile, it will serve as a great home for the next 12-24 months and allow us to focus on operations first, without all the time pressure of building,” said Muehlbauer.

Harvesting stover for Cormo is a two-step process. Once farmers harvest the grain, they’ll make a second pass over the field about a month later, or more, to cut the remaining stalk. Muehlbauer says the additional time allows moisture and nutrients in the stalk to get drawn back into the ground.

“We like to space it out as it comes off the field because once we get the stover, we have to process it within two to three days.”

For farmers, it gives them the flexibility to return to the field after the grain is in the bin. They can chop the standing stalk in January and February when the ground is frozen.

The idea of collecting stover is not new as some farmers already bale stalks for livestock feed. In corn-rich Iowa, some farmers get paid by South Dakota-based POET Energy to collect the crop residue which gets turned into cellulosic ethanol.

Indiana doesn’t have the same market demand for “crop waste” which is why Cormo selected the Hoosier state, giving Indiana farmers a chance to earn more on the same plot of land.

While the company is not disclosing how much they will be paying farmers, they do say the average farmer “can increase profitability by 15-30% on the same acre.”

Muehlbauer realizes the “grain is the gold” to Indiana farmers, but with a value-added option for stover, he believes the crop residue could become a cash reserve.