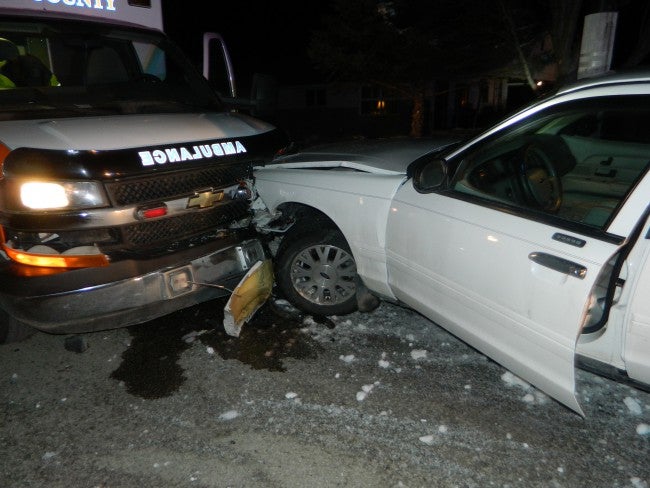 PUTNAM COUNTY,Ind. (WISH) – An ambulance in Putnam County on the scene of a call to a residence was hit.

Police say Weaver’s car hit the ambulance while it was parked out in front of a residence.

No injuries were reported as the medical staff was inside the house at the time. Weaver was also found to be wearing his seat belt.