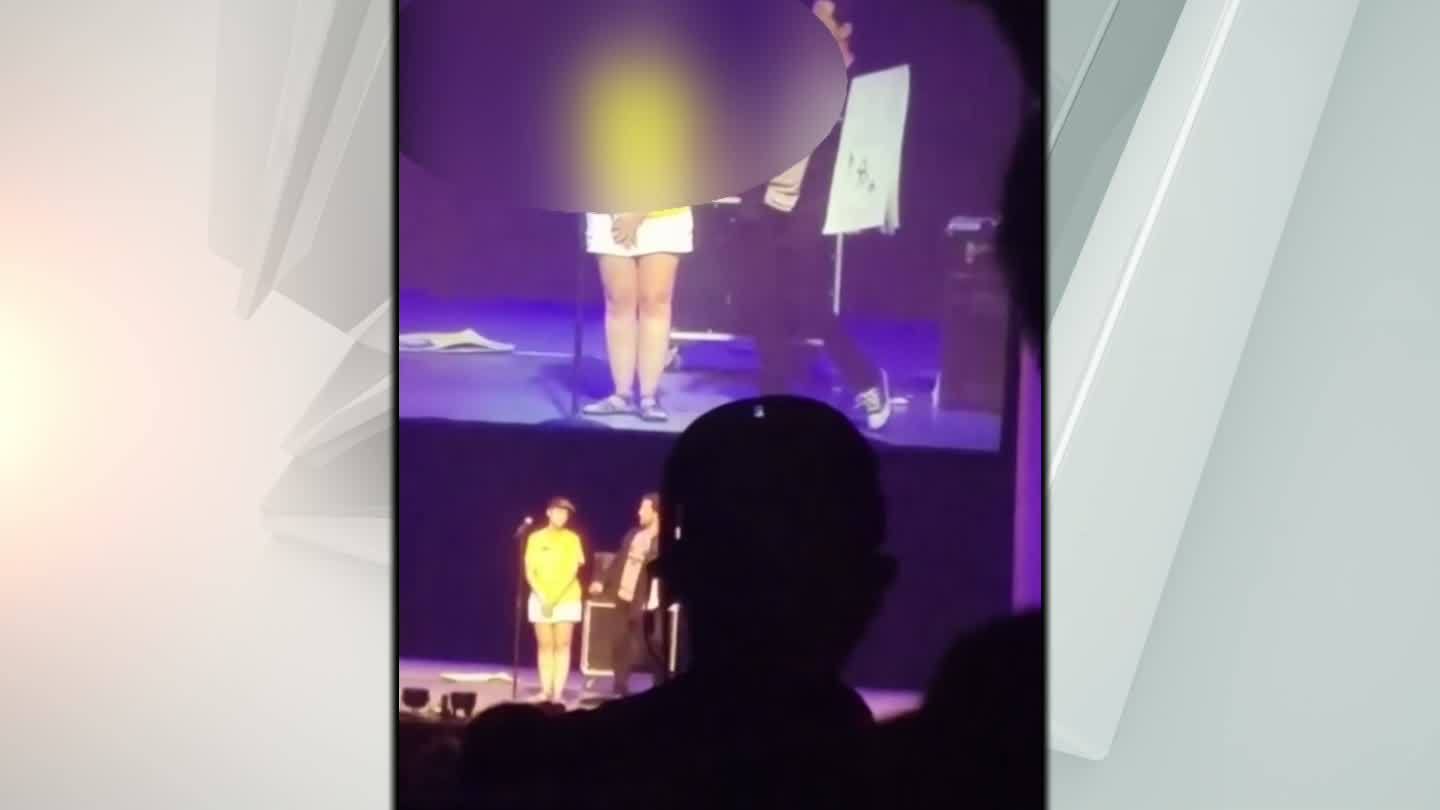 WEST LAFAYETTE, Ind. (WISH) — The comedian accused of sexual harassment and inappropriate behavior at a Purdue University performance issued an apology Monday night through his attorney.

Andy Gross was “oblivious and naive about the current environment on college campuses,” his attorney said, and regrets that students were offended by his performance Saturday night at orientation.

Rebecca Kaufman, a California-based attorney representing Gross, emailed the following statement to News 8 in response to requests for comment:

“Andy Gross is profoundly sorry that students at Purdue University were offended during his show this past weekend.  Andy has performed all segments of last weekend’s act for many years without complaint, including in venues such as the Laugh Factory, the Comedy Store, the Improv, and dozens of venues throughout the United States and abroad. Andy has never before been accused of sexual misconduct or harassment. Andy was oblivious and naive about the current environment on college campuses, and he sincerely regrets causing any offense or discomfort to any student participating. Andy has chosen to no longer perform on college campuses in the future. Further, he plans to change the parts that upset Purdue’s students.  Again, Andy Gross sincerely regrets causing offense or discomfort.”

Thousands of Purdue students walked out of his performance during the closing ceremony of “Boiler Gold Rush,” the university’s annual new student orientation the week before fall classes.

Students said they were uncomfortable with jokes they described as “inappropriately sexual,” as well as the comedian’s conduct with two students who volunteered to join him on stage.

Gross joked about being aroused when a female student, who later identified herself as Julia Conversa, assisted him with a magic trick. Video shared with News 8 shows him instructing her to stand behind him, “cheek to cheek, back to back,” and telling her to place her hand on his leg.

He had another volunteer pretend to be a talking puppet during a ventriloquism routine. Video shared with News 8 shows the male student sitting on Gross’s thigh with his leg between the comedian’s.

“Some portions of the performance were clearly inappropriate and contrary to the university’s values of respect and support for all,” a Purdue spokesperson said in a statement to News 8.

Video of Andy Gross posted eight years ago on YouTube appears to corroborate his attorney’s claim that he had previously performed the same comedy act.

A clip included in a performance compilation uploaded by user “AndyGrossLive” shows Gross instructing a male audience member to “have a seat on [his] knee.” The camera cuts away to show the audience laughing and applauding as the pair perform a ventriloquism routine featuring the man as a talking puppet.

Another clip in the same video shows Gross telling a female volunteer to place her hand on his leg during a card trick.

“Seriously?” she asks, standing back to back with the comedian, before laughing and placing her hand on his thigh.

The Purdue University Police Department is not investigating claims of sexual harassment against Andy Gross, a spokesperson confirmed Monday to News 8, because no criminal complaint has been filed.