Another man is arrested in probe of Giuliani associates 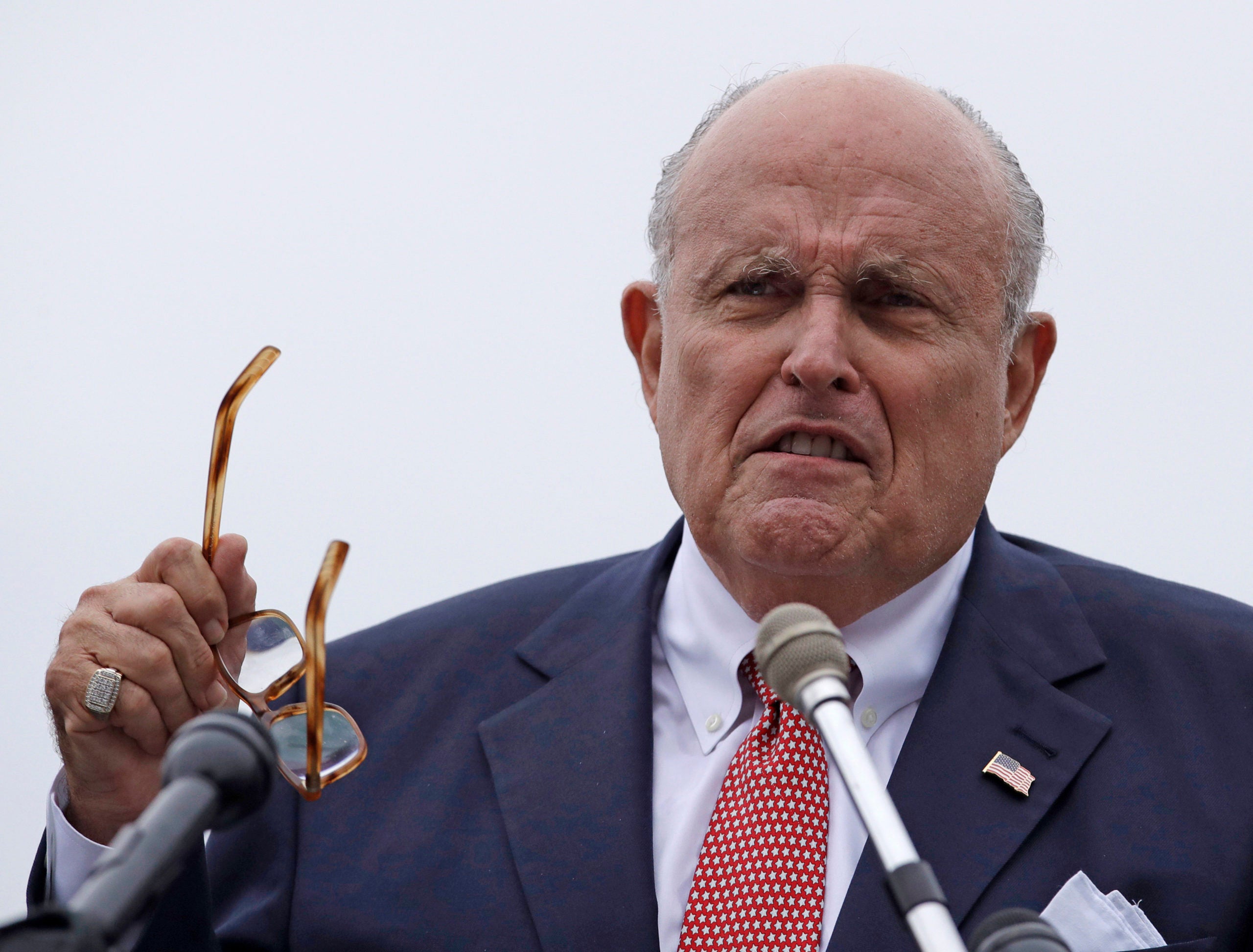 FILE - In this Aug. 1, 2018, file photo, Rudy Giuliani, an attorney for President Donald Trump, speaks in Portsmouth, N.H. President Donald Trump on Saturday, Oct. 12, 2019, stood behind personal attorney Giuliani, one of his highest-profile and most vocal defenders, amid reports that federal prosecutors in the city Giuliani led as mayor are eyeing him for possible lobbying violations. (AP Photo/Charles Krupa, File)
by:
Posted: Oct 16, 2019 / 12:08 PM EST / Updated: Oct 16, 2019 / 12:08 PM EST

NEW YORK (AP) — A Florida man wanted in a campaign finance case involving associates of Rudy Giuliani is in federal custody after flying Wednesday to Kennedy Airport in New York City to turn himself in, federal authorities said.

David Correia, 44, was named in an indictment with two Giuliani associates and another man arrested last week on charges they made illegal contributions to politicians and a political action committee supporting President Donald Trump. Giuliani, a former New York City mayor, is Trump’s personal lawyer.

All the other defendants in the case were already in custody.

Prosecutors said Correia, who owns a home with his wife in West Palm Beach, was part of efforts by co-defendants Lev Parnas and Igor Fruman to leverage outsized political donations to Republican candidates and committees as part of an effort to advance their business interests.

Both Parnas and Fruman have a history of business dealings with Giuliani. Prosecutors said that, among other things, the pair made campaign contributions with the intent of lobbying U.S. politicians to oust the country’s ambassador to Ukraine. At the time, Giuliani was trying to get Ukrainian officials to investigate the son of Trump’s potential Democratic challenger, Joe Biden.

Correia is accused of conspired with the other defendants, including Ukrainian-born U.S. citizen Andrey Kukushkin, to make political donations to local and federal politicians in New York, Nevada and other states with the aim of trying to get support for a new recreational marijuana business.

All four defendants were expected to appear Thursday in federal court in Manhattan.

A lawyer for Correia is not yet listed in court records.

Giuliani has said he had no knowledge of illegal donations and hadn’t seen any evidence that Parnas and Fruman did anything wrong.

Correia is listed as the registered agent for a Florida corporation tied to a series of wire transfers prosecutors allege was part of an elaborate effort to hide the true source of funds used to make the donations.

He posed with then-Rep. Pete Sessions in a 2018 photo taken inside the Texas Republican’s Capitol Hill office that Parnas posted on social media with the caption “Hard at work !!”

The Associated Press reported last week that Sessions fits the description in the indictment of a congressman who prosecutors allege was part of a coordinated effort to remove the U.S. ambassador to Ukraine.