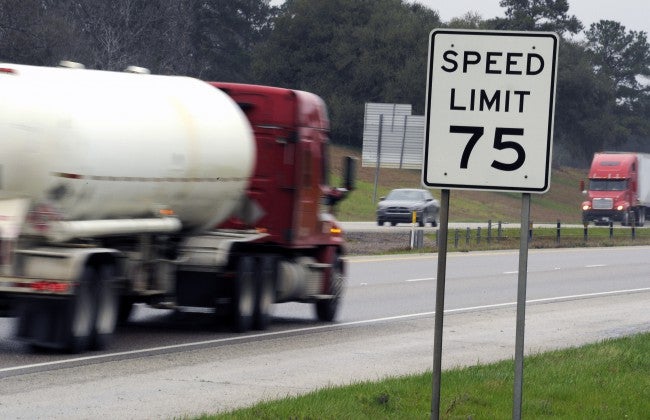 DETROIT (AP) – There’s a little-known danger on the nation’s roads from truck tires.

Nearly all truck tires are built for a maximum sustained speed of 75 miles an hour. That’s been the standard since the middle of last decade, when drivers across the vast majority of the U.S. were allowed to go no faster than 65 or 70.

But many tractor-trailers are driven faster than that. Fourteen states, mainly west of the Mississippi River, now have speed limits of 75, 80 and even 85 miles an hour in part of Texas. Some of those states acted without consulting the tire industry.

Safety advocates and tire experts say habitually driving faster than a tire’s rated speed can generate excessive heat that damages the rubber, which can lead to wrecks and blowouts.

Last month, the National Highway Traffic Safety Administration closed an investigation into blowouts involving certain Michelin tires after determining that truck operators, not the tires, were at fault. An investigator wrote that exceeding the 75 mile-an-hour rating was the most likely cause in all 16 complaints examined.

The blowouts resulted in three crashes but no injuries.