Asa Bales Park gets a makeover 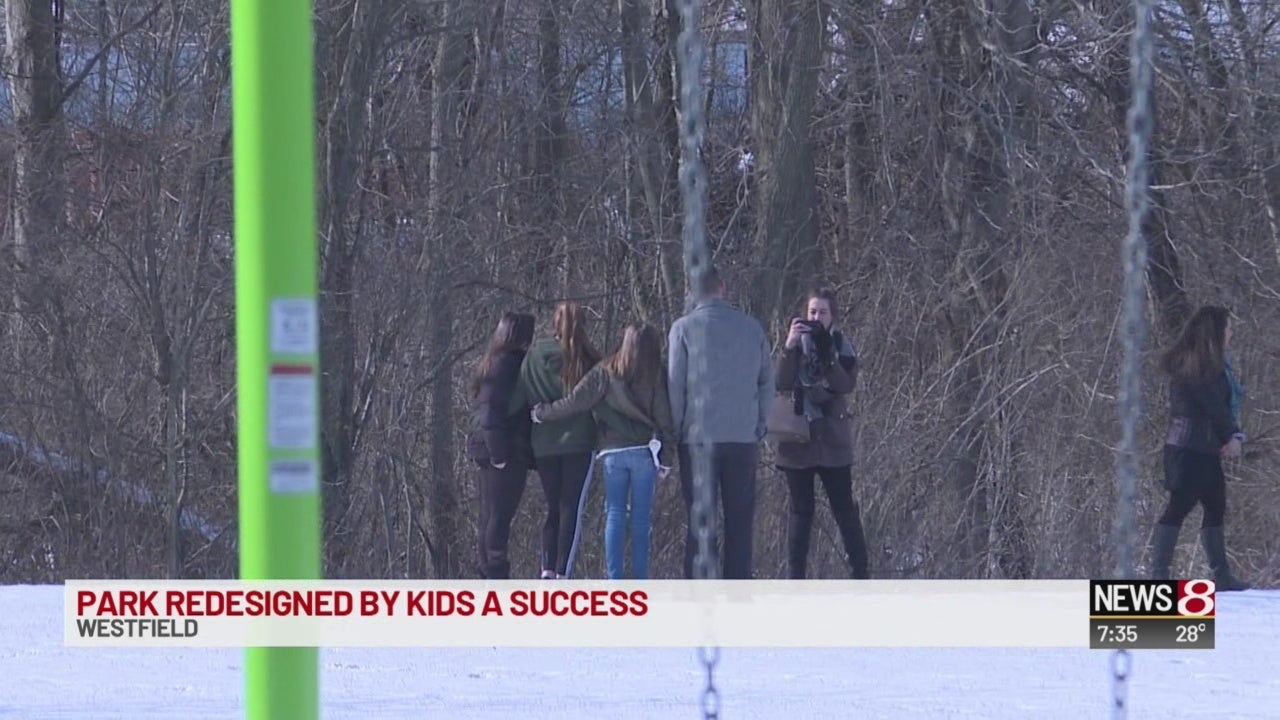 Westfield Parks is celebrating the success of Asa Bales Park after asking middle school students to help redesign it. The students involved say they are just glad they could make a difference.

“Our old playground structure saw a bunch of kids come and write on it with sharpies or carve in it with knives,” said Westfield Parks and Rec Director Chris McConnell.

He also says the vandalism was a problem, but that was before the students at Westfield Middle School got involved.

“It wasn’t a very inviting place for children,” said 8th grader Laura Shupe. “There were an increasing number of kids going there and I know if I was a parent I wouldn’t bring my kids there because there were so many bad things going on like fights between other people.”

Since the park opened last May, McConnell says there have been no incidents of vandalism.
Roma Koroneos, Laura Shupe, and Lila James are girls to be reckoned with and the ones who helped the city design the park.  Chris McConnell says he didn’t get very much participation before.

“We have a public meeting,” said McConnell. I had three people show up and that’s where this idea came about.”

The three 8th graders are representatives for their student council. While working with the city and Chris the girls took the designs to their class to figure out the best updates to the park.

“I had 60 kids engaged,” said McConnell. “They did everything they went through the whole process with me they picked the playground they picked the colors then they were here to cut the ribbon, so them saying they didn’t do anything is not true.”

With each step, an idea became reality and so did the impact of their efforts.

“I think it’s the whole community,” said James. “It’s not our park it’s their park and we built it for them. We were just the communicators.”

“They were such a great resource and such a great part of this we will absolutely do this again,” said McConnell.