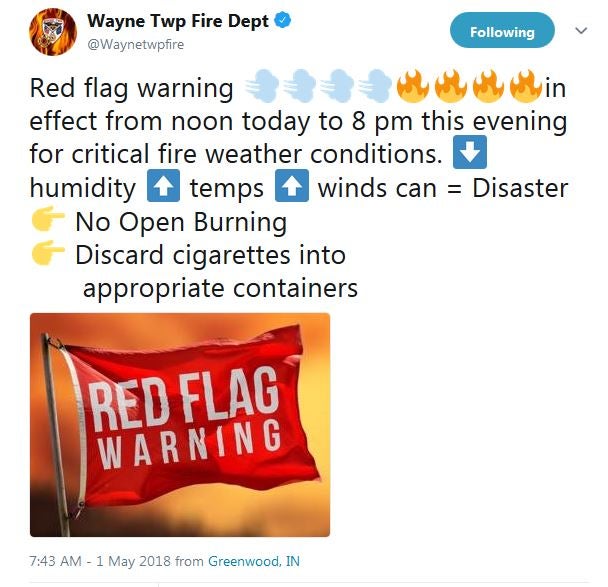 INDIANAPOLIS (WISH) — For the past couple of days, parts of central Indiana have been under red flag warnings. Some Hoosiers have asked what that means.

Red flag warnings are related to fire and the potential for fires to spread quickly. The warnings are issued when drought or near-drought conditions are combined with very dry, warm, gusty winds.

The warnings mean that open burning can be dangerous because the fires can spread in a short amount of time.

Red flag warnings typically expire once winds or temperatures go down, or humidity or ground moisture go up.