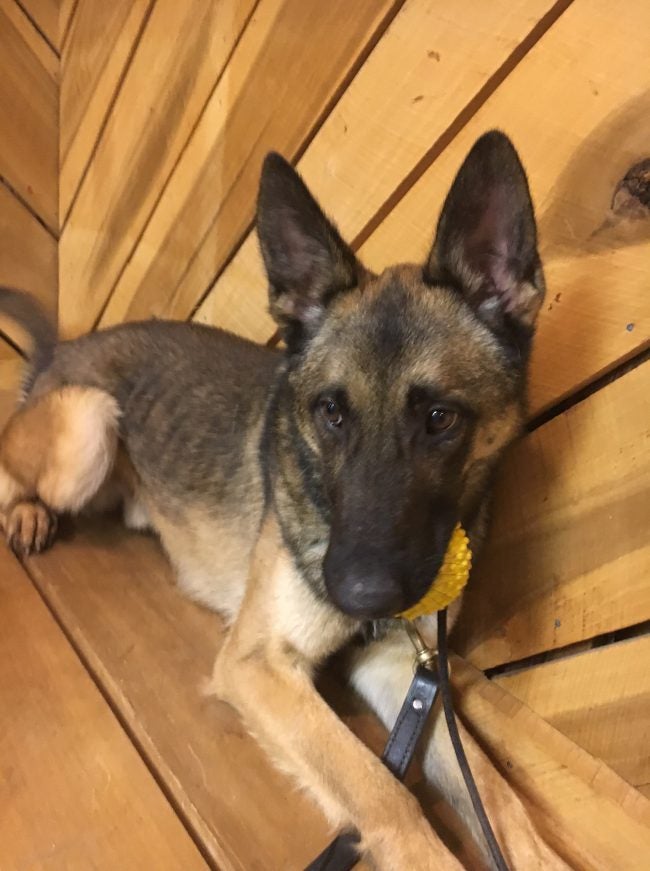 Lebanon, Ind. (WISH) – The Western Boone Schools are welcoming a new police officer to their campus’s and he’s four-legged.

Officer Zino “Smooth,” a 2-year-old German Shepherd is Deputy McClaine’s new K-9 partner. The Boone County Sherrif’s Office has always had a School Resource Officer (SRO) in the Western Boone Schools. On Wednesday, the school board voted unanimously to add the furry officer to the schools.

“The addition of the K-9 will continue the proactive effort to maintain a safe, secure and uninterrupted learning environment for the students, staff and administration of Western Boone Schools,” said Captain Deb Martin.

Captain Deb Martin approached Sheriff Nielsen with the idea of placing a SRO K-9 in the Western Boone Schools. Sheriff Nelsen and Captain Martin felt a K-9 would not only be a deterrent but also increase the rapport building between law enforcement and students.

According to Sheriff Nielsen, the Boone County Sheriff’s Office is the first agency in the county to implement this K-9 program into a school corporation.

Officer Zino is trained in detection of narcotics and in tracking and obedience. He will begin training next week in Michigan.