Dog alerts family of 4 to south side house fire 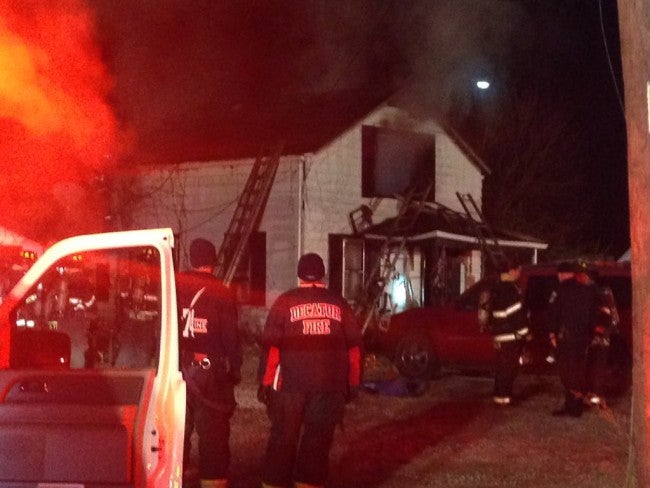 INDIANAPOLIS (WISH) – Firefighters were called to the south side of Indianapolis Tuesday morning to battle a residence fire.

It started shortly before 5 a.m. in the 2600 block of West Thompson Road, near Interstate 465.

According to Indianapolis Metropolitan Police Department officials, people driving on the interstate could see the fire from I-465.

Firefighters at the scene said three adults, an 8-year-old and a dog named “Shadow” made it out of the house OK.

Officials say Shadow woke up her family and alerted them to the fire. They say a space heater caught fire and the smoke alarms didn’t activate because the fire wasn’t big enough at first.

The back of the home received extensive damage from the fire. Officials believe the home could be a total loss.