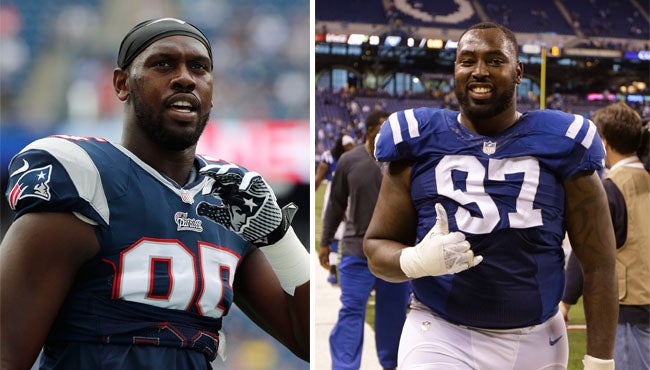 INDIANAPOLIS (WISH) – When the Colts visit the Patriots Sunday, the Jones brothers will be there to represent.

Art says it’s the third meeting between the two.

“The first time I couldn’t fully focus because I was thinking about Chandler and how he was doing out there,” said the former Raven run-stopper. “It’s different now, it’s not about us, it’s about the Colts and the Patriots.”

“Growing up, it was very fun with us three: me, Art and Jon, now a UFC champion,” says Chandler. “But my brother Arthur would always look after us. He was the older brother figure. Playing against him Sunday will be fun, but I won’t speak to him until after the game.”

Mom and dad Jones will drive down from Binghamton, New York Sunday afternoon to attend the game where both boys say ‘root for the defenses.’