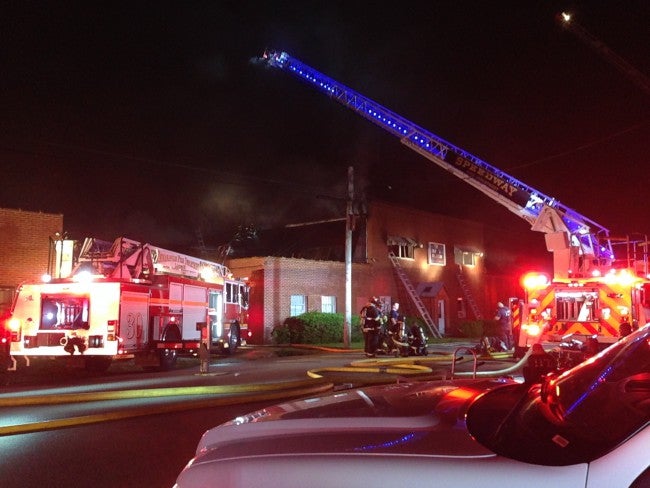 Crews were called to the 1700 block of North Luett Avenue around 9 p.m. to Leed Thermal Processing Inc.

When firefighters arrived, there was smoke and fire showing from the building. They were ordered to fight the flames from outside the building, because of safety concerns. About 30 minutes after arriving on scene, officials say part of the roof collapsed.

A Hazmat team was initially called for the report of a possible spill, but nothing was found.

Officials say Thursday night’s fire was a possible rekindle from an earlier fire on the roof, when a maintenance worker was using a torch to seal rubber roofing and a small fire started.

Crews worked overnight to put out hot spots on the fire. Friday morning, the fire rekindled for a third time.

So far, damages have been estimated at $515,000 to the business. No injuries were reported.