Dogecoin has its day; cryptocurrency is latest ‘meme’ craze 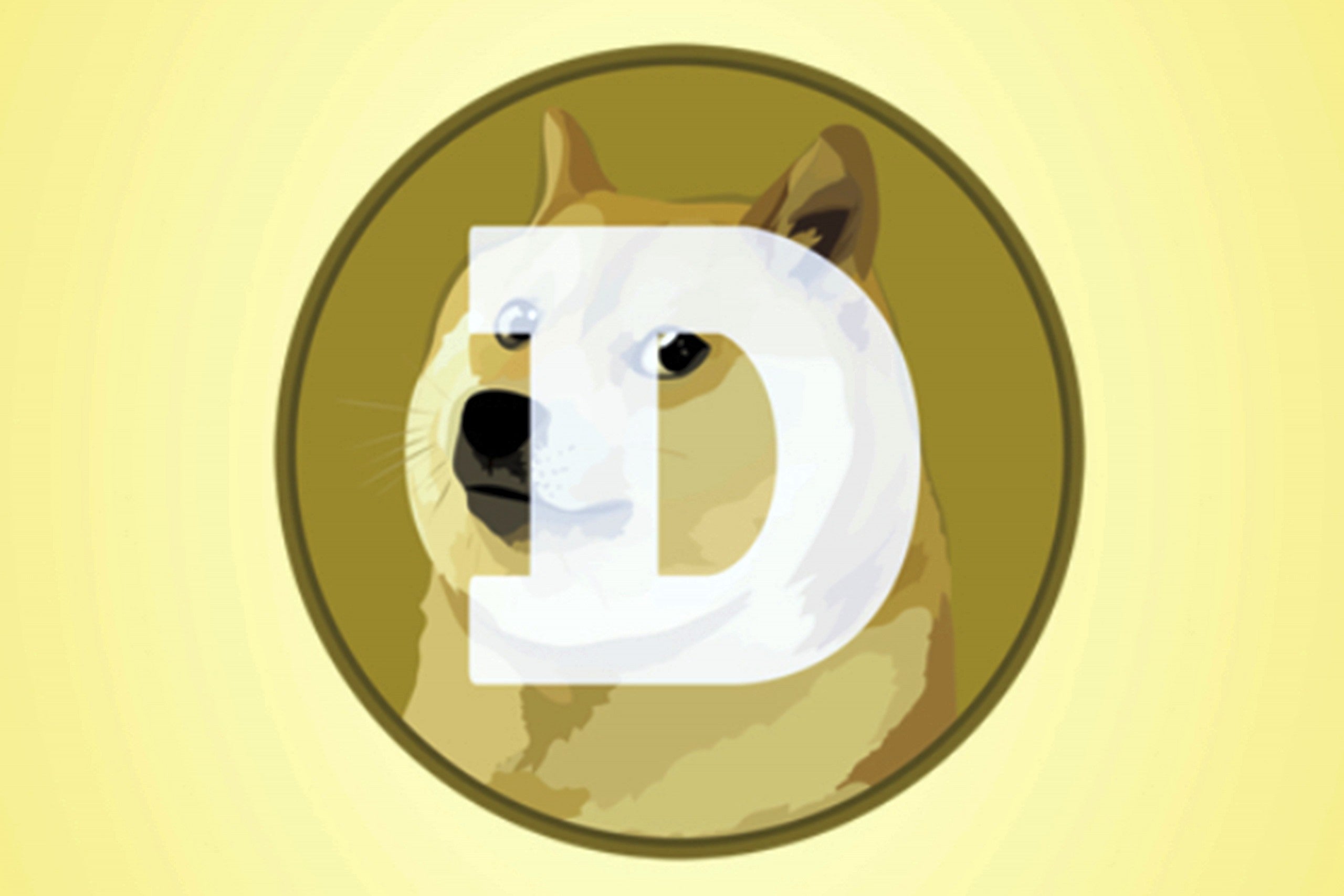 This mobile phone app screen shot shows the logo for Dogecoin, in New York, Tuesday, April 20, 2021. Dogecoin, the digital currency advertised as the one "favored by Shiba Inus worldwide," is having its day. Fans of the cryptocurrency are touting April 20, long an unofficial holiday for marijuana devotees, as "Doge Day" and imploring each other to get its value up to $1. (AP Photo/Richard Drew)
by: STAN CHOE AP Business Writer
Posted: Apr 20, 2021 / 05:00 PM EST / Updated: Apr 20, 2021 / 05:01 PM EST

NEW YORK (AP) — Dogecoin, the digital currency advertised as the one “favored by Shiba Inus worldwide,” is having its day.

Fans of the cryptocurrency are touting April 20, long an unofficial holiday for marijuana devotees, as “Doge Day” and imploring each other to get its value up to $1. That may not sound like much, particularly when compared against the $50,000 or $60,000 that a bitcoin is worth, depending on the day. But it would be an astonishing ascent from the roughly half of a cent that a Dogecoin was fetching at the start of the year.

Dogecoin, which is pronounced dohj-coin, has already leaped to roughly 36 cents, up more than 7,000% for 2021 so far. That towers over the roughly 10% return for the U.S. stock market, which itself is getting criticism for rising too high. Collectively, dogecoins have a total market value of about $46 billion, according to CoinDesk. That puts it in the same neighborhood as Ford Motor Co. and Chipotle Mexican Grill.

Supporters of Dogecoin are trying to help it shed its image as a joke cryptocurrency and get it seen as a way to make fast and easy transactions, though few retailers are accepting it so far.

It’s also attracting buyers who want to get in on the next “meme” investment after watching the stock of GameStop suddenly soar more than 1,600% in January. That surge was triggered by a band of smaller-pocketed investors communicating online, resulting in lifechanging profits for those who timed it right. And Dogecoin buyers are now using some of the same slogans, promising to take its price “to the moon,” for example.

Critics, though, say Dogecoin’s almost unbelievable rise is another example of the fever to buy the next big thing that’s been pushing prices up across investments, and that people buying in now may be setting themselves up for pain. Even cryptocurrencies that are more widely accepted and seen as serious are notoriously volatile, with huge swings in price, up and down.

“We can expect many novice retail investors — who may not have the financial resilience needed — to get burned in the Dogecoin frenzy, in the same way they did with the GameStop one,” Nigel Green, chief executive of deVere Group, which offers financial planning and advice, said.

GameStop’s stock touched $483 at one point in late January, only to fall to $90 in less than a week. It has since bounced up and down, recently trading a little above $156. That’s still well above where it was before its January burst began.

Some big companies are getting involved in Dogecoin. Newegg, an online electronics retailer, said it’s celebrating #DogeDay and accepting Dogecoin for purchases through BitPay, a payment service provider.

“This isn’t a short-term move on our part,” Andrew Choi, senior brand manager at Newegg, said. “We intend to offer Dogecoin as a payment option as long as we feel customer demand warrants it.”

Dogecoin’s ascent is slowing on Doge Day, though. After rising above 42 cents in the overnight hours, it pulled back as the morning progressed. The drop then accelerated, and it fell 10% during a 30-minute stretch around noon Eastern time. Even before that dip, some buyers were coming into Doge Day with trepidation.

“This is like a cross between a pyramid scheme and tulip mania,” one user on Reddit, named hazardousmeme, said in a discussion about Dogecoin after another user asked if it’s a safe investment. “Safe is the absolute last thing that this is.”

“Let’s hope this goes up!” another Reddit user wrote after saying they bought $500 worth of Dogecoin. “Better than putting it into a slot machine!”