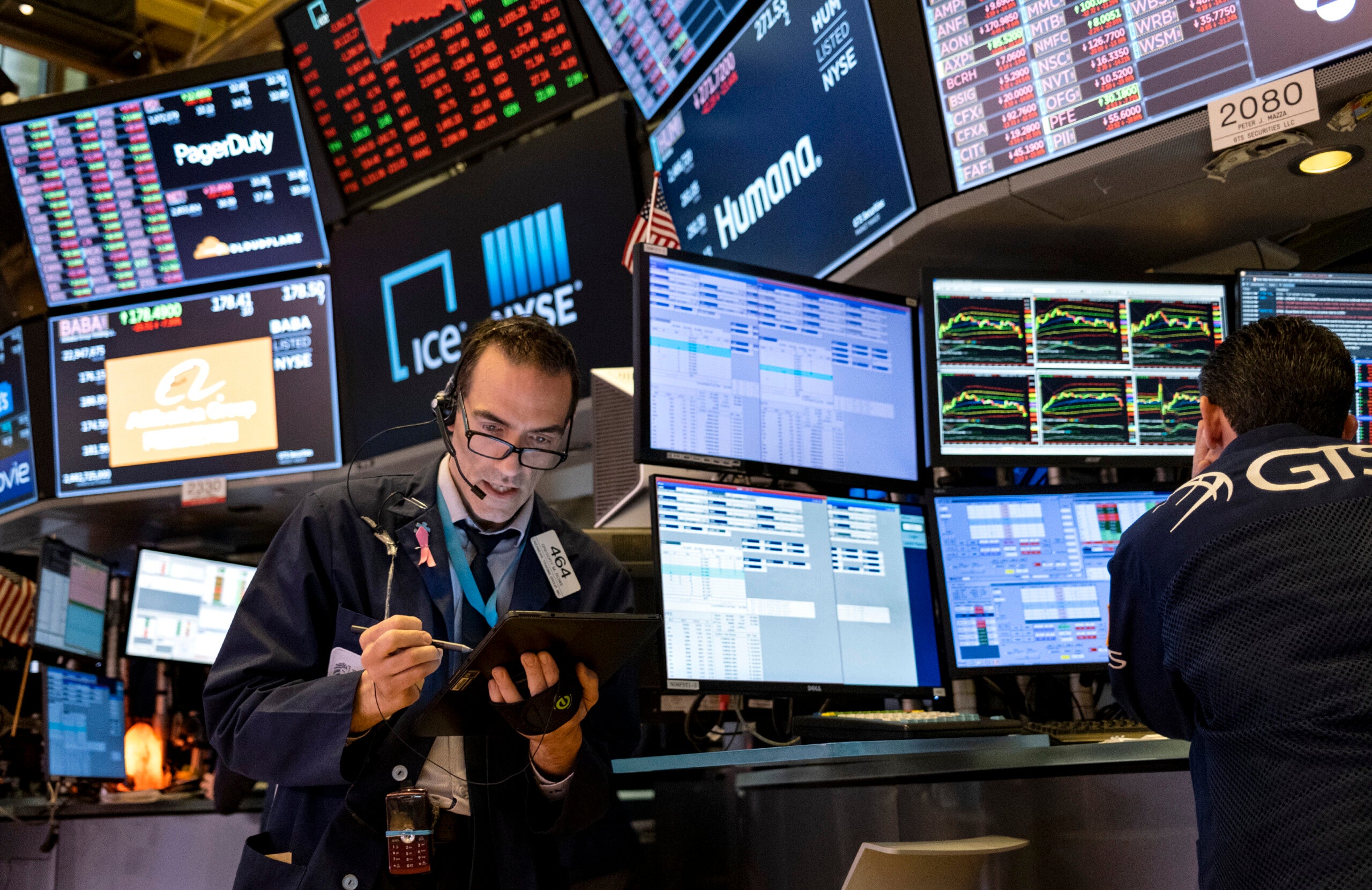 Stocks dropped on Wall Street Tuesday after President Donald Trump ordered a stop to negotiations with Democrats on a coronavirus economic stimulus bill until after the election.

The S&P 500 index slid 1.4% after having been up 0.7% prior to the president’s announcement, which he made on twitter about an hour before the close of trading. The late-afternoon pullback erased most of the benchmark index’s gains from a market rally a day earlier.

In a series of tweets, Trump said: “I have instructed my representatives to stop negotiating until after the election when, immediately after I win, we will pass a major stimulus bill that focuses on hardworking Americans and small business.” He also accused Speaker Nancy Pelosi of not negotiating in good faith.

The comments from the president came just hours after Federal Reserve Chair Jerome Powell urged Congress to come through with more aid, saying that too little support “would lead to a weak recovery, creating unnecessary hardship for households and businesses.”

Optimism that Democrats and Republicans would reach a deal on more stimulus ahead of the Nov. 3 elections had helped lift the stock market recently. Now, investors face the prospect that more aid may not come until next year, after the new Congress is seated, said Willie Delwiche, investment strategist at Baird.

Stocks had been drifting between small gains and losses for much of the day before gaining momentum into the late afternoon, then Trump’s tweets knocked the market into reverse gear.

The move to nix the negotiations with Democrats dashes Wall Street’s hopes that another round of stimulus would soon be on the way. Bitter partisanship on Capitol Hill has been preventing a compromise on more aid for the economy, which has been punched into a recession by shutdowns related to the coronavirus pandemic. Reports on the economy have been mixed recently, as some areas show a slowdown after extra unemployment benefits and other stimulus earlier approved by Congress expired.

Powell has repeatedly urged Congress to provide additional aid, saying the Fed can’t prop up the economy by itself, even with interest rates at record lows. “The expansion is still far from complete,” Powell said in a speech to the National Association for Business Economics, group of corporate and academic economists.

Without more stimulus, economists expect that growth will slow significantly in the final three months of the year. Last month, Goldman Sachs slashed its forecast for growth in the fourth quarter to just 3% at an annual rate, down from a previous forecast of 6%, because they no longer expected an aid package to be approved. That would leave the U.S. economy 2.5% smaller at the end of 2020 than a year earlier, even after a large rebound in the July-September quarter.

“You’re going to see quite a significant drag on growth,” said Gregory Daco, chief U.S. economist at Oxford Economics, a consulting firm. It “would really risk a double-dip recession.”

The stimulus cutoff coincides with a slowdown in hiring, as employers added 661,000 jobs in September, the government said Friday. That was down from 1.5 million in August and 1.8 million in July.

The market’s slide comes a day after the S&P 500 posted its best day in more than three weeks. Other stock markets around the world made mostly modest gains. Longer-term Treasury yields veered lower after Trump’s remarks. They had earlier been hanging close to their highest levels in months.

Tuesday’s selling was widespread, led by technology stocks and companies that rely on consumer spending. Utilities were the only gainers among the 11 sectors in the S&P 500.

A report on Tuesday showed that U.S. employers advertised slightly fewer job openings in August than the prior month. But the number was nevertheless better than economists expected.

Trading on Wall Street has gotten shakier recently as investors contend with a long list of uncertainties, from Trump’s COVID-19 diagnosis to waxing and waning expectations about Congress’ ability to deliver another round of stimulus for the economy.

The S&P 500 jumped 1.8% on Monday after Trump said he’s returning to the White House to complete his recovery from the coronavirus, though his medical team said he’s not yet fully “out of the woods.”

Several big challenges lie ahead of markets. Chief among them is the still-raging pandemic, as so clearly illustrated by Trump’s stay in the hospital. The worry is that a ramp-up in infections could cause governments to bring back some of the restrictions they put on businesses early this year, which sent the economy hurtling into a recession.

“We’re on the eve of earnings season and people are reasonably undecided as to whether the correction that started in September has further to run,” said Julian Emanuel, BTIG chief equity and derivatives strategist.

The upcoming election also still means a host of uncertainty about tax rates and regulations on businesses, while tensions between the United States and China continue to simmer.

The yield on the 10-year Treasury note fell to 0.75% from 0.78% late Monday. While that’s still very low, the yield has been generally climbing since dropping close to 0.50% in early August.

All Indiana Politics / 56 mins ago