Stocks drop, but hold on to weekly gains after a big rally 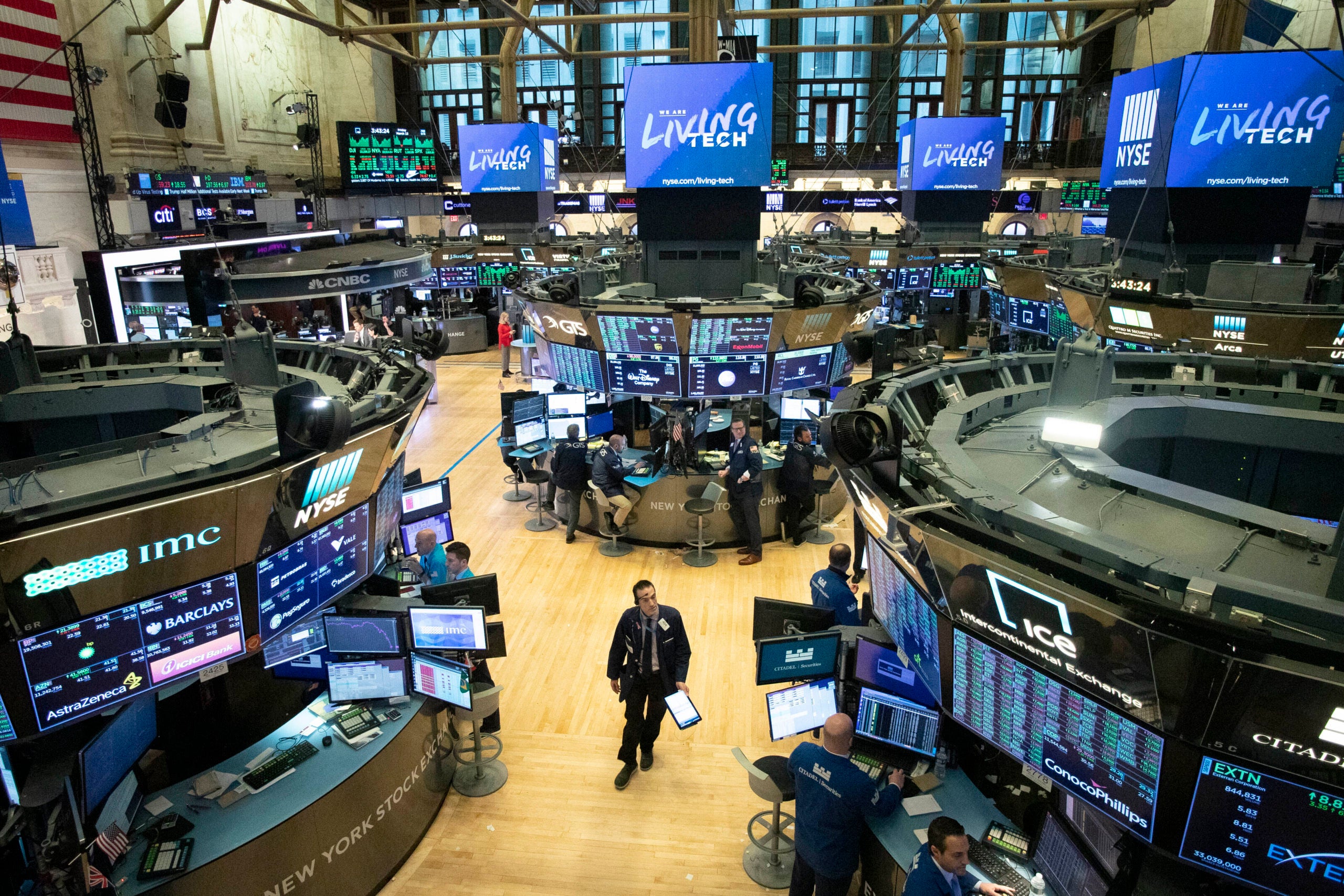 (AP) — Stocks are closing more than 3% lower on Wall Street, giving back part of the gains they piled up over the past three days. A rally this week pushed the S&P 500 up 10% as traders became hopeful that a $2 trillion relief bill would ease the severe economic damage being caused by shutdowns related to the coronavirus. The House passed the bill Friday afternoon and President Donald Trump was due to sign it later in the day. Even after the rally this week the market is down 25% from the peak it reached a month ago. Oil prices fell again.

Stocks are lower Friday on Wall Street, erasing part of a huge rally over the past three days. The market is still on track for sizable gains for the week following two weeks of relentless selling.

Much of this week’s rally was driven by enthusiasm over a historic $2 trillion financial rescue package aimed at cushioning ailing businesses and households from the effects of the coronavirus. The bill passed the House Friday.

Despite the gains, the market is still down 25% from the peak it reached a month ago. The outbreak has forced widespread shutdowns that has ground much of the U.S. economy to a halt. This week more than 3 million people filed for unemployment benefits, shattering previous records. It’s the first of what is sure to be many grim signs of the toll the virus is taking on the economy.

The selling eased in the final hour of trading. The S&P 500 was down 1%. It’s still up more than 13% for the week and on pace for its biggest weekly gain in nearly 12 years. The benchmark index had shot up 17% over the previous three days. The Dow Jones Industrial Average dropped 1.5%.

The bill includes direct payments to households, aid to hard-hit industries like airlines and support for small businesses. Despite the help, analysts expect markets to remain turbulent until the outbreak begins to wane.

“The key at this point is getting a handle on the spread of the virus so that then we can start to think about what (economic) growth looks like for the remainder of the year,” said Willie Delwiche, investment strategist at Baird.

The push to deliver financial relief is taking on more urgency as the outbreak continues to widen. The number of cases in the U.S. has now surpassed those in China and Italy, climbing to more than 86,000 known cases, according to Johns Hopkins University. The worldwide total has topped 550,000, and the death toll has climbed to more than 25,000, while more than 127,000 have recovered.

For most people, the new coronavirus causes mild or moderate symptoms, such as fever and cough that clear up in two to three weeks. For some, especially older adults and people with existing health problems, it can cause more severe illness, including pneumonia, or death.

Investors have yet to get a clear picture of exactly how badly the crisis has hurt corporate profits, the ultimate driver of stock prices. Very few companies have dared to issue forecasts capturing the damage, though traders are girding for discouraging results in the next few weeks as earnings reporting season begins. Many companies have simply withdrawn their profit forecasts altogether.

At the start of this year, analysts expected S&P 500 companies’ earnings would grow 4.4% in the January-March quarter. They now expect earnings will be down 4.1%, according to FactSet.

Earnings for airlines, which have been hit by lost bookings as businesses and individuals canceled travel plans to minimize their risk of contracting the virus, are expected to be catastrophically bad. Delta went from an expected 2.2% decline to a 108% plunge.

Even the current forecasts may not yet reflect the size of the potential earnings declines this year, with only 15% of analysts having adjusted their estimates within the past couple of weeks, according to a report by Credit Suisse.

Cruise operators Norwegian Cruise Line and Carnival led the decliners in the S&P 500 Friday. The industry has been among the hardest hit by the economic fallout from the coronavirus. The companies are down more than 70% so far this year.

The price of crude oil slid 4.8% to close at $21.51 a barrel. Goldman Sachs has forecast that it will fall well below $20 a barrel in the next two months because storage will be filled to the brim and wells will have to be shut in.

That’s sure to cause even more trouble for energy companies, which are lagging far behind the rest of the market. The price of oil has plunged recently, in part due to a price war that broke out early this month between Saudi Arabia and Russia. The energy sector of the S&P 500 has lost half its value this year.

The yield on the 10-year Treasury fell to 0.72% from 0.81% late Thursday. Lower yields reflect dimmer expectations for economic growth and greater demand for low-risk assets.

The overall downturn in the markets in recent weeks is creating good opportunities for investors to buy into sectors of the market that will be “prevalent” for the next decade, including e-commerce and technology companies that focus on things like gene therapies, said Solita Marcelli, deputy chief investment officer, Americas, at UBS Global Wealth Management.

The strong rallies this week have prompted some analysts to suggest the worst of the selling could be over. But most expect stocks to touch on recent lows again until there have been enough sustained gains in the market, and progress in fighting the pandemic, to ease investors’ fear of further declines.

“The takeaway from this week is the initial down phase has probably run its course,” Delwiche said. “Investors can get out of the duck-and-cover mode and start to figure out what they need to do. It doesn’t mean that we’ve gotten an all-clear signal.”